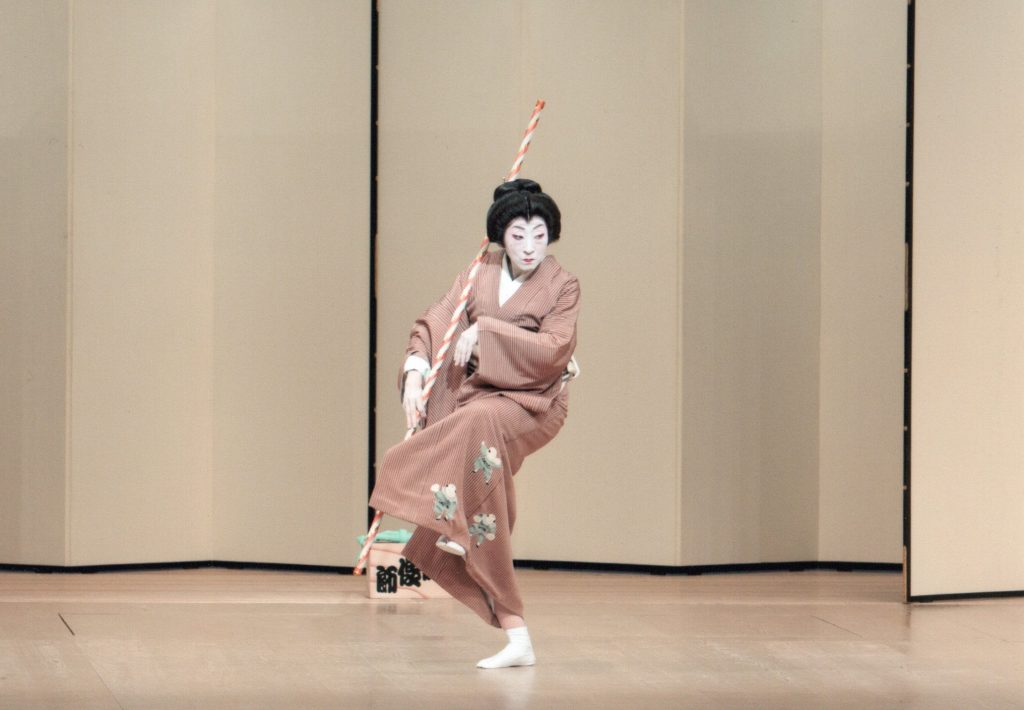 A performance of Amatsu School Japanese Dance will be given by Amatsu Tatsuhana at the Teatro Goldoni in Venice at 6 pm on 25 November under the stage direction of Machida Hiroshi.
Amatsu dances are rooted in the deep culture and skill of the art of dancing in Kabuki plays. Accompanied by the music in the genres of nagauta or hauta, the Amatsu classical pieces bring to life the vibrant atmosphere of ancient Edo in Kabuki theatre, while their new pieces, based on the music of popular songs and ballads, evoke the landscapes and different climes in the various Japanese provinces.

The rich universe of the performing arts in Japan has a wide range of traditional dance schools, from those associated with the male world of Kabuki theatre to forms of dance embedded in the female world of the pleasure quarters. In the modern era, in addition to the many schools dating back to the Kabuki choreographers and actors, new schools gradually opened, guided by dancers who became the creative coryphes of the new era. Founded in 1978, the Amatsu School was the joint creation of two highly talented dancers: Ryūko (1923-2017) and Amatsu Yōko (b. 1927). In the immediate post-war period, aged only eighteen, these two artists founded a dance company and toured all over the country with a vast repertoire ranging from classical pieces to new works set to folk music and songs. The Amatsu dances are based on a profound knowledge of the dance art of Kabuki plays, interwoven with new creations, which were much appreciated and in great demand from small theatres (yose) or geishas in the pleasure quarters.

Coordinated by Bonaventura Ruperti, the events have been staged thanks to synergistic collaboration involving the Foundazione Giorgio Cini, Ca’ Foscari University of Venice, the Japan Foundation, the Museo d’Arte Orientale, Venice, and the Teatro Stabile del Veneto.

Tickets can be purchased on:
www.teatrostabileveneto.it

Biography
Amatsu Tatsuhana was chosen to be head of the Amatsu School by Amatsu Ryūko. Having grown up in Tokyo among musicians, artists and dancers associated with the famous theatre, she started dancing at a very young age under the guidance of a Nakamura school, but then in 1953 became a student of Ryūko. In 2018, she performed Kairaishi (The Travelling Puppeteer), a “metamorphosis dance”, dating from 1824 and attributed to the Kabuki actor Bandō Mitsugorō. With a Kiyomoto accompaniment and re-choreographed by Ryūko, this work wil