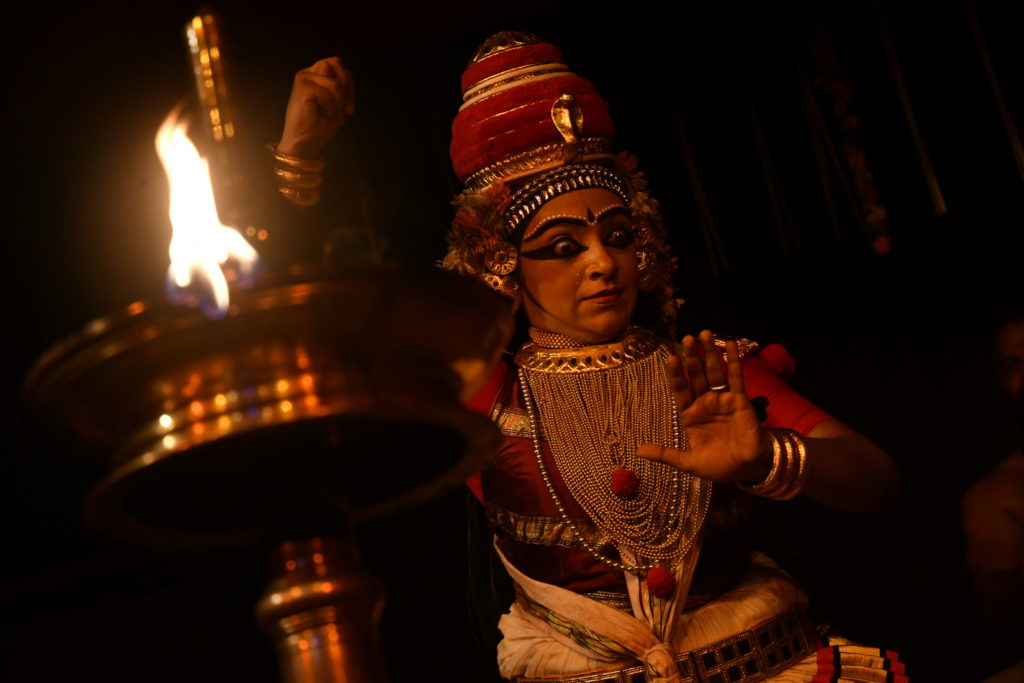 The actress Kapila Venu, one of the greatest exponents of Kutiyattam theatre, from Kerala (South India), is returning to the Island of San Giorgio. Kapila is the director of the Institute for Natanakairali Arts, founded by her father, the celebrated actor Gopal Venu, who stage directed this performance. The play that the actress will perform at the Fondazione Giorgio Cini, accompanied by two musicians, is a recent production entitled Parvati Viraham (The Separation of Parvati) and focuses on the figure of Parvati, wife of the god Shiva.
While fully respecting tradition, the actress adds some fascinating contemporary nuances underlining the “feminist” characteristics of the goddess and indirectly addressing issues of gender and the female role, which are of great relevance in today’s Indian society.

This production, highly acclaimed in India, is having its Italian première in Venice.