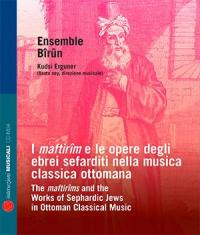 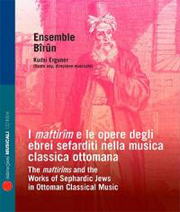 The fourteen tracks that make up this CD -costituiscono a selection from repertoires by composers belonging to the community of Sephardic Jews, for active rooms in Ottoman area since the fourteenth century. The CD comes with a booklet of 54 pages containing some introductory notes – in Italian and English – by kudsi erguner. The repertoire consist of the Sephardic Jews – the theme chosen for the 2015 Seminaries Bîrûn held at the Giorgio Cini Foundation in Venice, stuff during which was recorded on CD – is an important contribution to the complex world of Ottoman classical music. An ancient and prolonged presence in Istanbul and in other areas of Anatolia meant that since the fifteenth century, the Jews would start to adopt the modal aesthetic and stylistic system of maqâm to compose songs for liturgical use, creating new genres suited to your needs rituals. Particularly interesting in this regard are the maftirîm ( “end” or “closed”), in which pieces are set to music the piyyutim, poems intended for chanting at the conclusion of the synagogue rites. This is a typically poorly documented and rarely performed whose genesis we should also recall the numerous contacts that the Sephardic communities had with other members of the Ottoman world and especially with brotherhoods of dervishes Mevlevi present in different areas of the Empire. The scope of activities of Jewish composers was not limited to the internal contexts to their community: some of them, for example, lent service at court, and in some cases to enjoy high esteem by the sultans. Among these Izak Fresco Romano, said tanbûrî Izak from the name of the instrument playing and teaching, considered the most representative among the Jewish composers and the founder of the modern Tanbur.