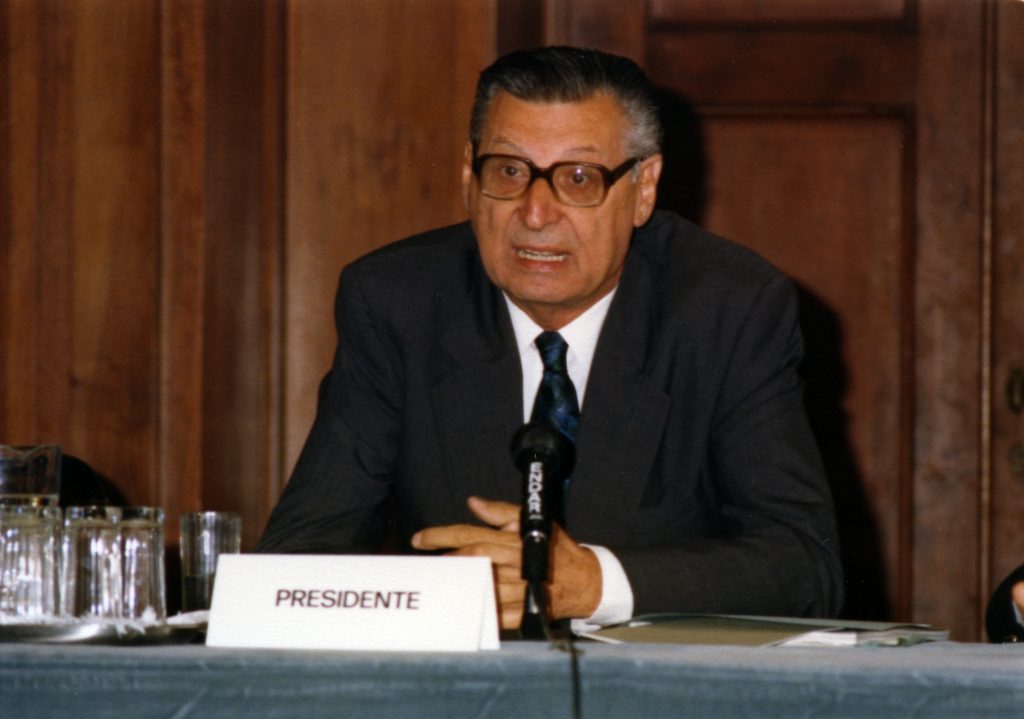 Renzo Zorzi was born on 13 September 1921. A member of the Partito d’Azione, he received a silver medal for his participation in the formations of ‘Justice and Liberty’ during the resistance. Between 1945 and 1946, he directed the daily paper ‘Verona libera’.
After graduating in literature at the University of Padua, Dott. Zorzi dedicated his life to the world of publishing. In 1947 he began working for the publishing house ‘De Silva’ in Turin. He then moved on to the ‘Nuova Italia’ in Florence and the ‘Edizioni di Comunità’ in Milan, the management of which he assumed in 1960 at the death of Adriano Olivetti.
As head of cultural activities for Olivetti from 1965 to 1986, Renzo Zorzi organised several large international exhibitions including the show of the Florentine frescoes salvaged from the tremendous flood in 1966, restored and displayed at major museums world-wide, ‘The Horses at St Mark’s’ and ‘Mantegna’, which travelled to London and New York.
After October 1986 Zorzi continued to collaborate with Olivetti as a consultant. From 1990 he also presided over the International Centre of Art and Culture at Palazzo Te’ in Mantua.
In the years that followed he published L’estate del Quarantadue (Rusconi 1988), Nella trama della storia (Marsilio 1990), Gli anni dell’amicizia (Neri Pozza 1991) and Cesare Beccaria, il dramma della giustizia (Mondadori 1996).
Renzo Zorzi has received considerable recognition including, in 1992, the ‘Premio triennale’ awarded by the Società Letteraria to individuals who, in accordance with the dictates of its statute, ‘are constantly dedicated to cultural activities of social resonance’ and have demonstrated clear capacity through works and publications of recognised value and motivation: for coherence in life and thought and for an extraordinary commitment to culture. In 1993 he was conferred the ‘Premio della Cultura della presidenza dei Consiglio dei ministri’. On 31 March 1998, President of the Republic, Oscar Luigi Scalfaro presented him the gold medal and diploma of special merit in art and culture for which he had been proposed by the Ministry of Cultural and Environmental Heritage.

A selection of the most precious items from the Palazzo

Call for Papers “Occultural Transfers between North and South”

Call for papers for the conference Occultural transfers between north

The Istituto Italiano Antonio Vivaldi organizes six meetings on the

ARCHiVe is featured in a new video

Reviving Muḥyiddīn: The contemporary uses of Ibn ʿArabī’s thought and

Thanks to the contribution of Pentagram Stiftung, the Fondazione Giorgio