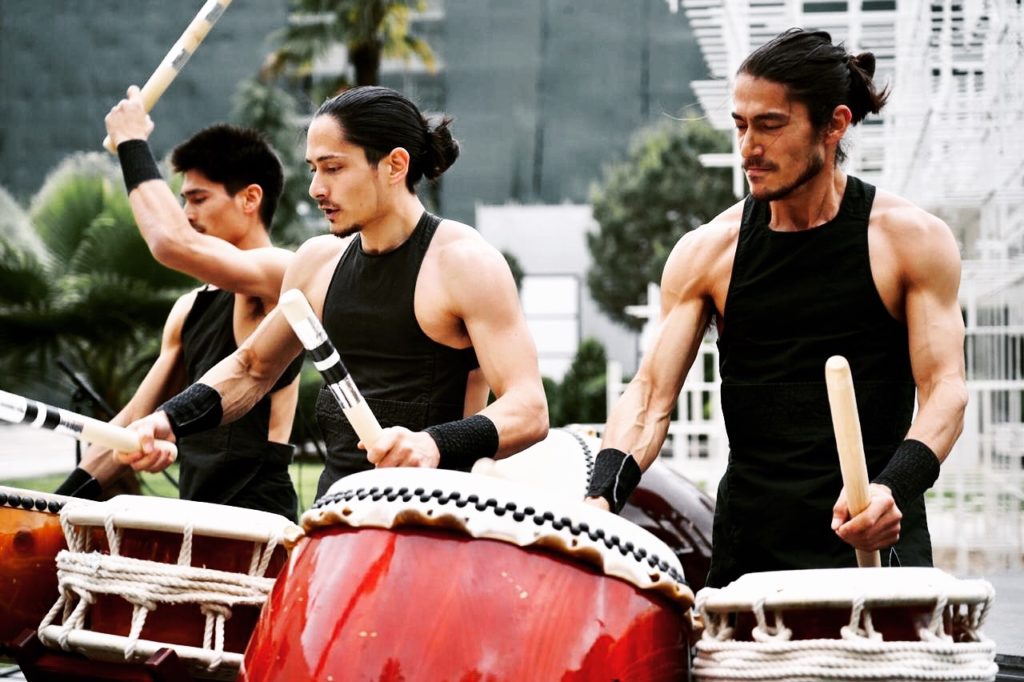 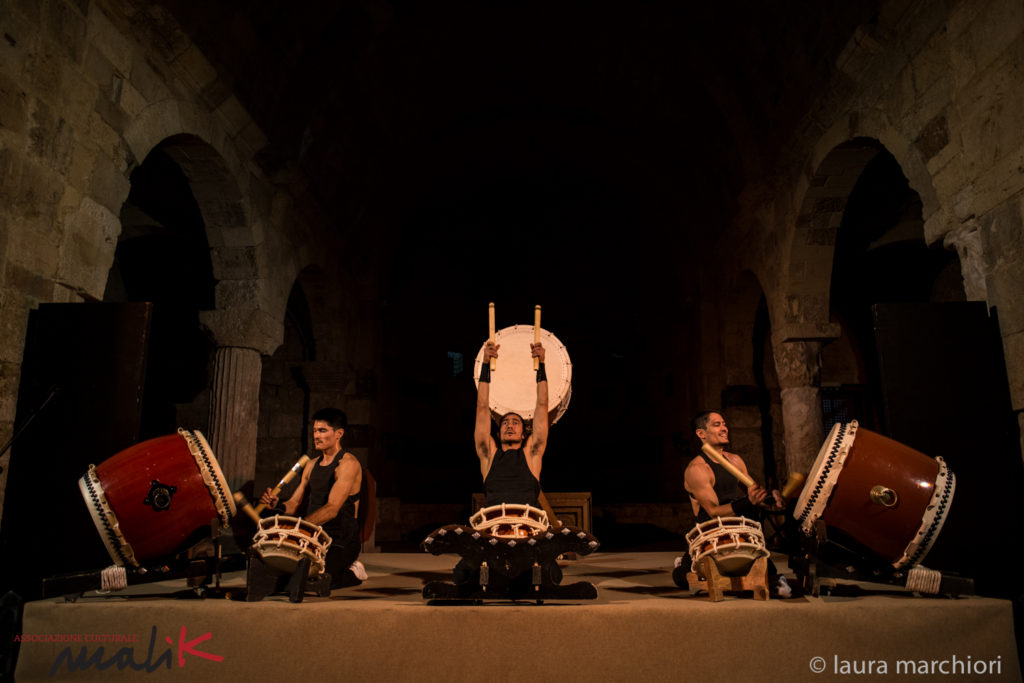 Concert and masterclass by Munedaiko Trio

Introduced by Enrico M. Fiore: The spirit of Japanese drums in Venice

Japanese drum masterclass with the Munedaiko Trio
22 February 2022 at 3.30 p.m

The Intercultural Institute for Comparative Music Studies has collaborated in the organisation of two events featuring the Munedaiko Trio.

The term wadaiko refers to a genre of traditional Japanese music performed by one or more musicians. It originated with the figure of Daihachi Oguchi, who introduced elements from Western music (especially jazz) into traditional musical performances, enriching them with strong stage gestures. The main feature is the central role played by the taiko, the wooden drum made from a single tree trunk, used during battles to give orders to warriors, in folk festivals to bring joy and rhythm and during religious functions. The Taiko has a history that dates back thousands of years.

The types of drum and their use vary greatly according to the contexts in which they are played. They range from aristocratic settings, where they form part of the gagaku repertoire, to peasant folk festivals, animated by folkloric performances (minzoku geinō).

The Munedaiko Trio is a study group dedicated to the practice and appreciation of the traditional Japanese drum to discover, develop and evolve themselves.
Officially recognized as a cultural collaborator of the Japanese Embassy in Italy, they give concerts throughout Italy and Europe to make the expressive power of their drums known. By bringing the music, theatre and dance of this age-old tradition back to life in their incredible performances, they bring fragments of ancient Japan back to the listener. The group’s aim is, through arduous training of the body, art and culture, to find stability of mind and state of mind, to deepen the spirit in harmony and resonance with others.

The events are part of the programme of the International Festival Japan Contemporary Arts in Venice – The Aestechics of Emptiness organised by the Music Conservatory Benetto Marcello, Ca’ Foscari University Venice and  Venice Academy of Fine Arts, in collaboration with: Giorgio Cini Foundation; Japan Foundation; Study in Venice and Ugo and Olga Levi Foundation.

For more information on the programme: https://www.conservatoriovenezia.eu/blog/eventi/collaborazioni/the-aesthetics-of-emptiness/

More information on how to participate at: