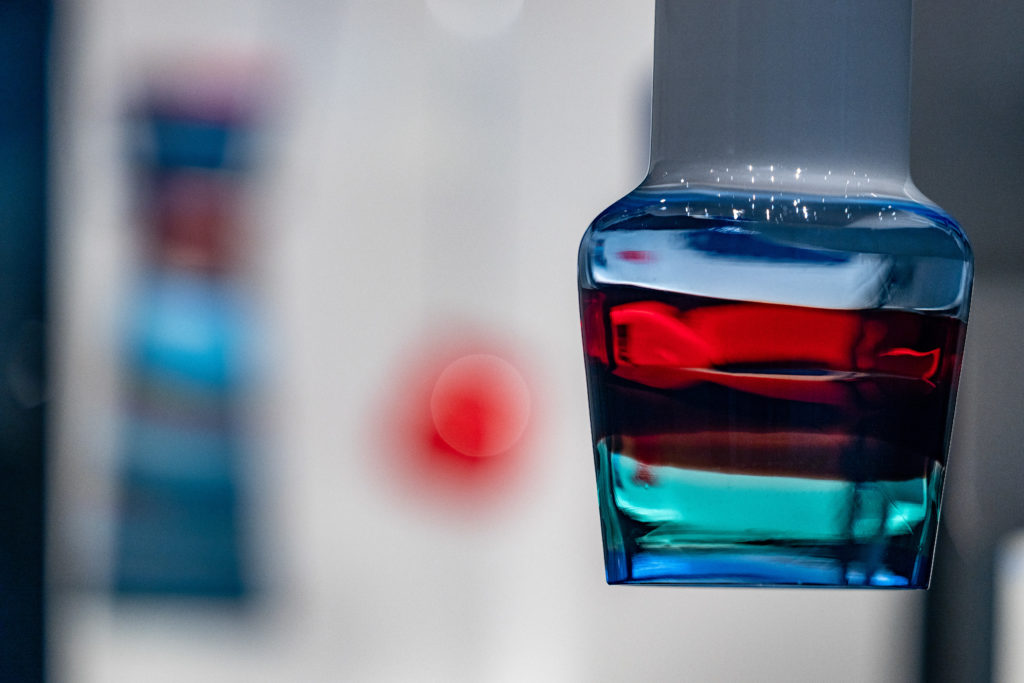 The Venini: Light 1921-1985 exhibition is the result of a long-term research programme promoted by Le Stanze del Vetro project, which since 2012 has offered opportunities to study the history of the renowned Venini glassworks, always accompanied by a conference organised by the Glass Study Centre.

This year the conference focuses on the theme of lighting at the Murano company. Since the first post-war period the glassworks made a key contribution to the growth and development of this specific sector, both nationally and internationally, definitively freeing lighting technology from its original, merely decorative conception. The technical refinements and innovations pioneered by the Venini are both small and large scale and cover a very broad typological spectrum: from the creation of various types of pendant luminaires and wall lamps to ceiling lighting installations for cruise ships, hotels and railway stations. The numerous projects for public and private commissions also enabled artists of the calibre of Vittorio Zecchin, Napoleone Martinuzzi, Tomaso Buzzi and Carlo Scarpa to express their creativity in various stimulating areas.

The list of designers and architects was further enhanced over time with other renowned figures, such as Gio Ponti, Franco Albini, Massimo Vignelli, Alessandro Mendini and Ettore Sottsass, to name but a few of the those who contributed to the creation of some of the most innovative, prized objects and models, made thanks to the technical experiments that have always been a hallmark of the Venetian company.

With the contribution of glass specialists and art historians, the conference will explore some of the stages and moments that determined Venini’s success in this specific segment of production, from the 1920s to the present day. This will also involve analysing some particularly striking installations and projects, such as the famous “velario” glass roof of the Palazzo Grassi inner courtyard in Venice and the polyhedron installation designed by architect Carlo Scarpa for the Italia 61 exhibition in Turin.