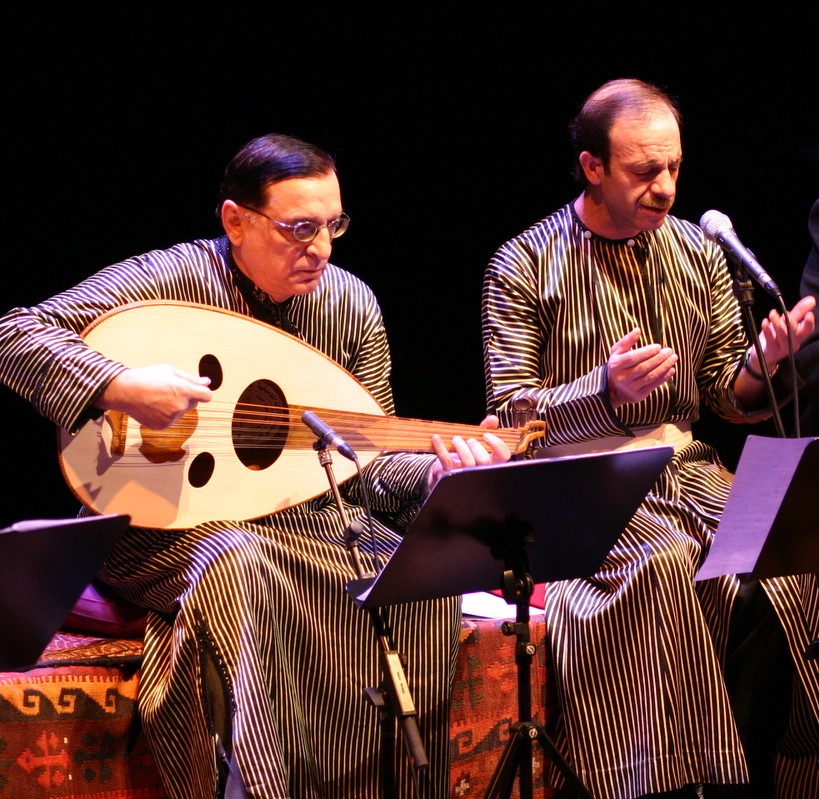 he Intercultural Institute of Comparative Music Studies has organised two events dedicated to Syria, a country with a very rich musical tradi- tion but that has long been missing from the Institute’s programmes. A concert will feature works from the repertoires of classical Aleppo singing, performed by the famous Syrian singer Omar Sarmini (still resident in Syria), accompanied by four other Syrian musicians, forced to seek exile in Europe and Egypt.

The previous day at the Auditorium Santa Margherita, the musicians will take part in a conversation with Massimiliano Trentin (University of Bologna), a scholar of Middle Eastern history and politics, Sabine Chatel (Zamzama Productions), an expert in music management, and the ethnomusicologist Giovanni De Zorzi (University of Ca’ Foscari, Venice). The discussion will focus on the role that the musical tradition can play in safeguarding the cultural and identarian heritage of a people like the Syrians, at a particular- ly tragic time in their country’s history. The meeting is being staged in the collaboration with the Department of Philosophy and Cultural Heritage Studies, University of Ca’ Foscari, Venice.