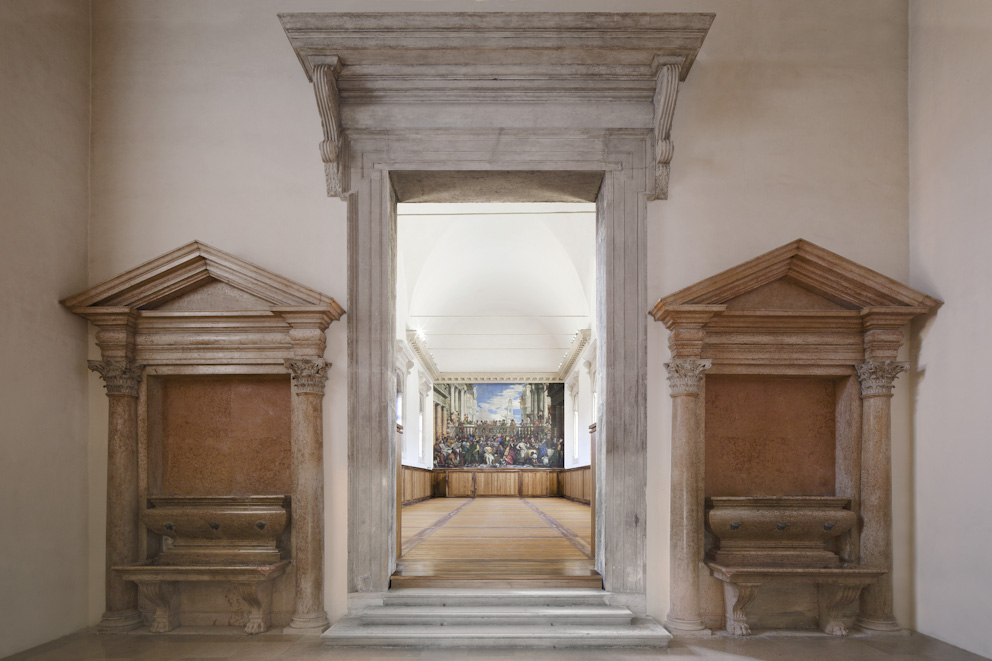 From 19 to 23 October 2020, the Foundation Giorgio Cini, in collaboration with the Concordance, Irma Merk, and L. + Th. La Roche foundations, will devote an Early Music Seminar to the practice advised by Donati: a selected group of young singers, coached by Marco Mencoboni, the most renowned specialist in the field, will experiment and practice the technique, or rather the art of arranging musicians of late Renaissance or early baroque polyphony in the architectural spaces of the period. Musics by Ignazio Donati and Claudio Monteverdi will be performed in the church and the former refectory of San Giorgio Maggiore, profiting from the extraordinary effects of the Palladian acoustics. In so doing, the Early Music Seminars will pay tribute to Ignazio Donati, but also respond to a historical moment in which, ironically, singers, instrumentalists, and audience are forced to adapt their own behaviour to the social distancing required by the health emergency caused by the coronavirus. That same distance will here work as a catalyst for a new musical and rhetorical amplification – a metaphor, we hope, of the immortal desire for community.

The order you have to follow is this: only the voice who starts singing first has to stand next to the organ. The other voices must stay far from the organ, separated from each other, unseen in the church, in the manner of many choirs. This being said, no one is forbidden to sing these concerts with all the singers near the organ; but it makes a much more beautiful effect if they stay away.

The spatial positioning of voices explained by Ignazio Donati in the “Dichiaratione del cantar lontano”, introductory to his Sacri Concentus unis, binis, ternis, quaternis… (Venice: Giacomo Vincenti, 1612), reveals a special attention to the relationship between music-making and architecture. His singers, disposed in different locations of a church – namely, all but one far from the organ and separated from each other, hidden behind architectural structures or decorations – take advantage of the acoustic effect of amplification due to the scattering of sound sources, as well as the theatrical effect of mystery. Thus, a small group of solo voices inexplicably sounds like a multitude of “many choirs”. Donati’s device was not new: previous models could be found, ranging from interaction in medieval hockets and the imitative techniques of Renaissance counterpoint to the Venetian or Roman polychoral style. But the pursuit of a “more beautiful effect” indicates a new application in the service of the Baroque rhetoric.

PLEASE NOTE that the deadline for the announcebent has been postponed until July 12.