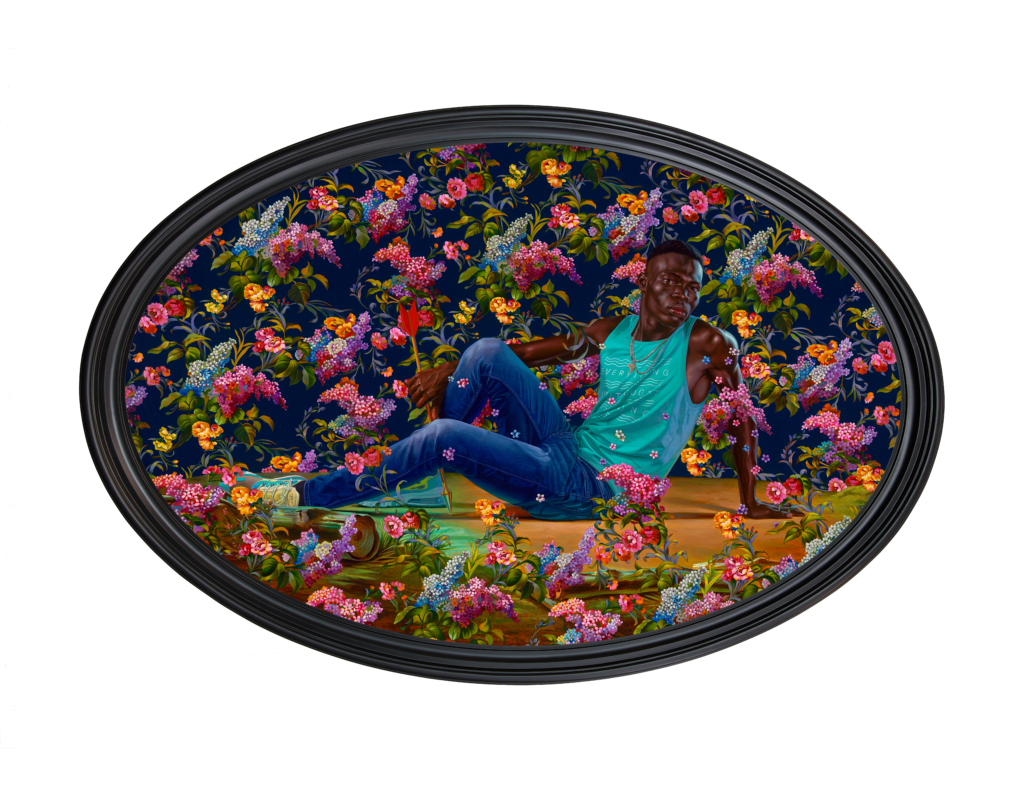 For this new body of work, Wiley sheds light on the brutalities of American and global colonial pasts using the language of the fallen hero.

The exhibition will include a collection of new monumental paintings and sculptures, expanding on his body of work DOWN from 2008. Initially inspired by Holbein’s painting The Dead Christ in the Tomb as well as historical paintings and sculptures of fallen warriors and figures in the state of repose, Wiley created an unsettling series of prone Black bodies, re-conceptualizing classical pictorial forms to create a contemporary version of monumental portraiture, resounding with violence, pain, and death, as well as ecstasy.

For this new body of work, Wiley has expanded these core thematic elements to meditate on the deaths of young Black men slain all over the world. Technology allows viewers to witness these graphic depictions of violence against the Black body that were once silenced. Wiley states, “That is the archaeology I am unearthing: The spectre of police violence and state control over the bodies of young Black and Brown people all over the world.” In light of the current global conflicts, language concerning power struggles and inalienable human rights are more critical than ever.
The new portraits depict young Black men and women in positions of vulnerability that tell a story of survival and resilience, revealing the beauty that can emerge from the horrific. These poses, borrowed from Western European art historical sources, function as beautiful elegies echoing a central metaphor of youth and resilience and stand as monuments to endurance and perseverance in the face of savagery, incorporating a scale that pushes beyond the mere corporeal and into the realm of spiritual icons, of martyrs and saints.

The exhibition is curated by Christophe Leribault, President of the Musée d’Orsay and Musée de l’Orangerie, who organized “Kehinde Wiley: Lamentation”, Wiley’s first exhibition in France at the Petit Palais in 2016. As an art historian specializing in 19th century, Leribault has a deep connection to the art historical underpinnings of Wiley’s work.

Biography:
Kehinde Wiley (b. 1977, Los Angeles) is a world-renowned visual artist, best known for his vibrant portrayals of contemporary African-American and African-Diasporic individuals that subvert the hierarchies and conventions of European and American portraiture. Working in the mediums of painting, sculpture, and video, Wiley’s portraits challenge and reorient art-historical narratives, awakening complex sociopolitical issues that many would prefer remain muted.
In 2018 Wiley became the first African-American artist to paint an official U.S. Presidential portrait for the Smithsonian National Portrait Gallery. Former U.S. President Barack Obama selected Wiley for this honor. Wiley is the recipient of the U.S. Department of State’s Medal of Arts, Harvard University’s W.E.B. Du Bois Medal, and France’s distinction of Knight of the Order of Arts and Letters. He holds a BFA from San Francisco Art Institute, an MFA from Yale University, and honorary doctorates from the Rhode Island School of Design and San Francisco Art Institute. He has held solo exhibitions throughout the United States and internationally and his works are included in the collections of over 60 public institutions around the world. Wiley is the Founder and President of Black Rock Senegal. He lives and works in Dakar, Lagos and New York.
“Kehinde Wiley – An Archeology of Silence” is part of the Collateral Events of the 59th International Art Exhibition, curated by Cecilia Alemani, that will open to the public on 23 April 2022.
Organizing institution: Musée d’Orsay, Paris.
Supported by TEMPLON.