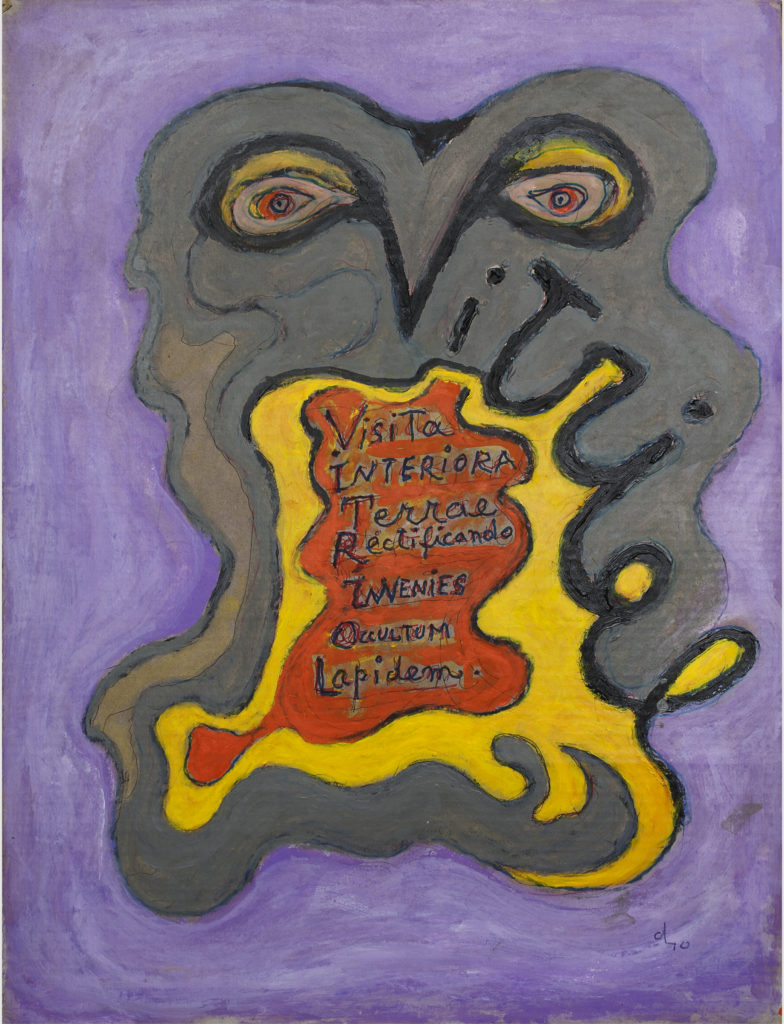 Curated by Aldo Colonetti and Luigi Sansone, this exhibition at the Fondazione Cini brings together a selection of twenty drawings made by Gillo Dorfles in 2017, a few months before his death in Milan on 2 March 2018, with the painting Vitriol (acronym of the Latin phrase “Visita Interiora Terrae Rectificando Invenies Occultum Lapidem”, 2010), and a drawing with Albertus Magnus’ words “Si ova struthionis sol excubare valet cur veri solis ope Virgo non generaret?” (1990).

The intensely inspired Vitriol sums up much of Dorfles’s intriguing, stimulating work, leading us back to the essence of life, to remote conscious and unconscious perceptions, revealing his delightful and surprising curiosity.

“Gillo Dorfles was a regular guest and took part in Fondazione Giorgio Cini activities. But it is in his little-known capacity as a talented creative artist and ironic painter that we wanted to pay tribute to him here, and so we enthusiastically welcomed the proposal for an exhibition of his last drawings,” explains Renata Codello, Secretary General of the Fondazione Giorgio Cini.

Drawing was always an enjoyable daily exercise for Dorfles, a true passion. He lived by the ancient Latin motto Nulla dies sine linea (“No day without a line”). As we can observe in the works on display in the exhibition, Dorfles’s wide-ranging ability to depict a vast spectrum of moods, mental and psychological contradictions and existential aphorisms, plunges the observer into his world, which embraces everything with a critical, ironic and philosophical gaze.

Also included in the exhibition are Dorfles’s first book, Discorso tecnico delle arti (1952), and his last, La mia America (2018). The show ends with two photographs of the author busy at favourite pursuits: painting in Paestum (Fabrizio Garghetti, 2010) and seated at the piano in his living room (Carlo Orsi, 2016).

Every day except wednesdays