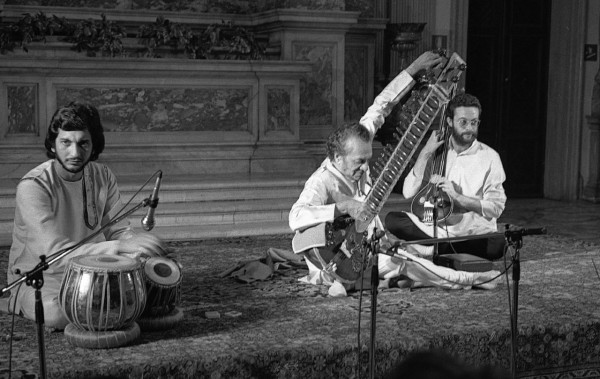 International Conference How Europe Discovered the Music of the World after World War II. Cold War, UNESCO, and the Ethnomusicological Debate

A key moment in the celebrations to mark the 50th anniversary of the creation of the Intercultural Institute of Comparative Music Studies will be a conference organised in collaboration with
the Humboldt Forum für Kultur, Berlin, to reflect on the diffusion of music in the world in the 1960s, the period when the Institute was founded. So far there has been little thinking on a crucial aspect of 20th-century music history: the important role played by the Intercultural Institute of Comparative Music Studies and its predecessor, the International Institute for Comparative
Music Studies and Documentation, founded in Berlin in 1963, from which the Venetian Institute stemmed. From an interdisciplinary perspective, historians, anthropologists, musicologists
and ethnomusicologists will explore the motivations and dynamics of the diffusion of extra-European music in Italy and on the rest of the continent. To do so also requires addressing topics
such as the Cold War and the confrontation between the East-West blocs and the creation of international organisations and their cultural outlooks. A further significant task involves piecing together the debate between the ethnomusicologists that helped to shape the way we come to know and evaluate the music of the world in cultural and aesthetic terms. Other topics that will
be considered include the celebrated East-West Music Encounter, a conference held in Tokyo in 1961, the role of organisations such as UNESCO, the Congress for Cultural Freedom, the International Music Council and the International Folk Music Council, and the contribution of pioneering figures, such as Alain Daniélou, Nicholas Nabokov and Jack Bornoff. In addition to the various papers, the conference will feature conversations with some of the other protagonists of that movement in those years: Simha Arom, Jacques Cloarec and Ivan Vandor.

Concert of classical Indian music at the Fondazione Cini

Rakesh Chaurasia will be accompanied by Satyajit Talwalkar on tabla.