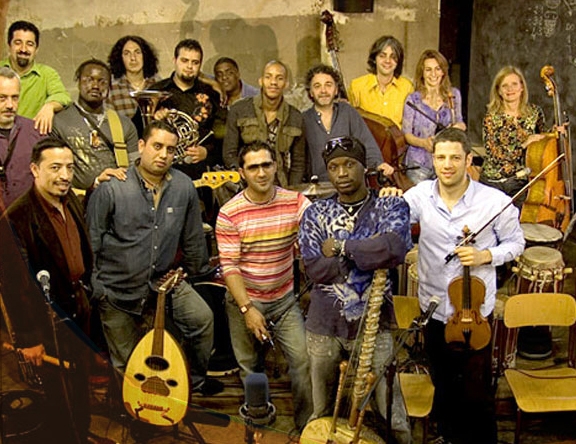 Last year we debated a topic that we think is crucial nowadays in our field, reconsidering a comparative perspective in the light of recent dramatic change in our discipline and trying to make an assessment on ethnomusicology, its status and tasks as well as its position in the broader context of scientific research on forms, behaviors and products of sonic creation and expression. Title of the seminar was: Perspectives on a XXI century comparative musicology: ethnomusicology or transcultural musicology? In that occasion the discussion was focused on a number of issues: first of all, we asked ourselves about the need to leave permanently the “ethnological” vision of the world spread in the last century by human sciences, at that time necessary in order to give an equal status to different cultures and music. This vision gave also birth, unfortunately, to a meta-culture of “diversity” which is now only supported by the tourism industry, consumers, ethnic extremists, neo-folk revival musicians and some parts of the so-called world music. The current reality is far more complex, though no less interesting: Most varied styles, repertoires and ways of realization of music resound now, pan-chronically, in an intercultural and inter-subjective new dynamic relationship.

Confronted with such a profound transformation of the object of study – concerning forms, behaviors, and social contexts – we must ask ourselves what constitutes the specificity of ethnomusicology today. Although it has been often pointed out how disciplines should be constituted more due to method than to the object of research – and so that, theoretically, any music can be observed under an ethnomusicological perspective – it is a matter of fact that we have defined ourselves as for being dealing with “certain” music. Therefore, to what extent transformation of such musics, gradual loss of socio-cultural separation and otherness, can affect the identity of our discipline?

For instance, is the role of ethnomusicologists as promoters, sponsors, and protectors of “other” musics still legitimate? Why? This issue involves the current status of objects and areas which, by convention more than conviction, we still define as “art music”, “popular music”, “orally transmitted music”, “electronic music” and so on, or even “ethnomusicology”, “art musicology”, “contemporary musicology”, “popular musicology”, etc. It is clear that their extent as well as their boundaries should be revised: the historical routes and geo-anthropic, sociological, and stylistic maps which they were referred to are now changing more quickly than our capability to grasp them.

Therefore, the most urgent necessity seems to set free ethnomusicology from the weight of its founding myths and from an unacceptable stagnancy in keeping ideological canons of the anthropological revolution accomplished during the last century, now given for granted. Certainly, the possibility of a historical survey of different musical cultures still represents a valid goal, and it results even increased due to materials collected over a century of ethnomusicological enquiries. It is also certainly useful a reconsideration of semantic shifts affecting some terms which have characterized its history, starting from the name of the discipline and all terms characterized by the prefix “ethno-“ (either the adjective “ethnic”), which today sound ominous and racist. Moreover, now abused and dangerous notions of “traditional music” (what music is not traditional?) or “identity” (cultural, musical, ethnic, etc.) have to be reviewed. Within the actual context of transformation, the oral/written dichotomy has lost much of its heuristic potential, or, at least, it should be reconsidered starting from new forms of orality and writing, especially determined from the universal distribution of new mass media. Nowadays, the fact that fruition and consumption of cultural events prevail on their contents and on their specific forms of expression (lined up with the well-known Marshall McLuhan premonition “the medium is the message”) deserves an accurate and pondered reflection.

This is why we have to ask ourselves what is the specificity of ethnomusicology in this new Media-Age context, as the current reality seems to claim, more and more urgently, a trans-cultural musicology.

In the Seminar 2014 we intend to continue the discussion on such significant topics for our field basing on specific and meaningful case-studies: context and examples that will confront us with issues deeply rooted into contemporary musical (cultural, social) processes.

Acoustemology: Toward a Posthumanist, Transpecies, and Cyborg Sound Studies