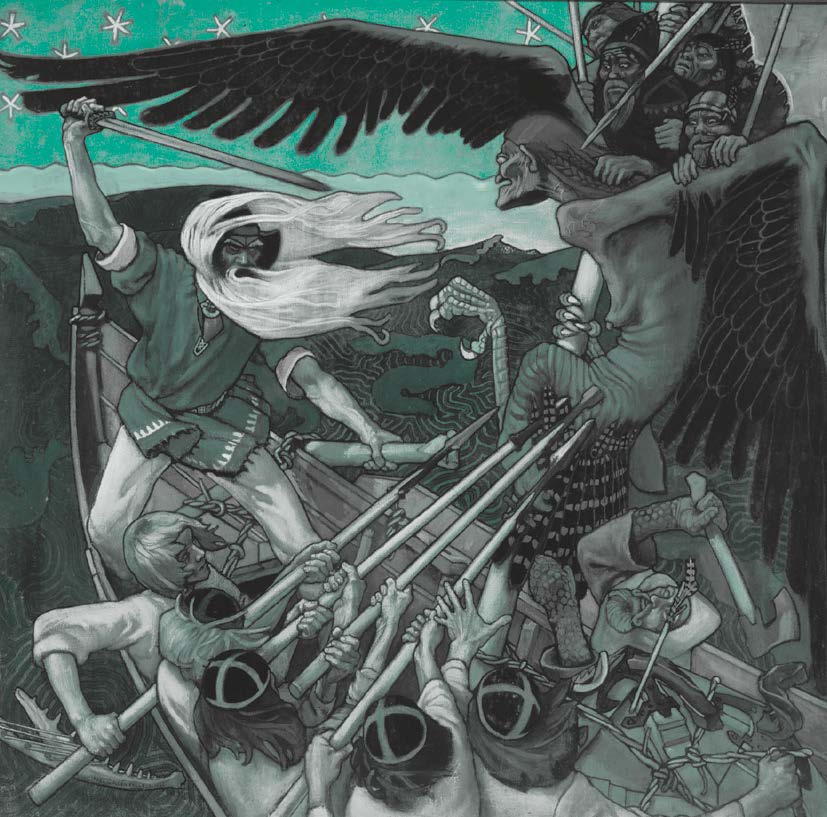 Akseli Gallen-Kallela, The Defense of the Sampo, 1865, tempera on canvas @Wikimedia Commons

The relationship between nationalism and religion is characterised by strong tension due to the universalist tendencies present in many religions, which challenge collective identities based on ethnic or cultural divisions. Moreover, modernist interpretations of nationalism have insisted on the close association between nationalism and secularisation. In recent years, however, these perspectives have become as problematic as the concept of secularisation itself, because they fail to grasp that religion, far from dying out in modern societies, has simply gone through a series of changes, such as individualisation and privatisation, on one hand, and new forms of public presence, on the other. Nationalism can easily be associated with forms of prophetism, messianism, millenarianism and, more generally, mysticism, esotericism and alternative spiritualities. The old religious concept of a divine covenant with a “chosen people” has taken new forms in nationalist but also imperialist and colonialist discourses. The study of the relationship between nationalism and religion has been relatively neglected and has not yet received due attention in the specific field of nationalist studies. The conference will bring together scholars from different disciplines who are interested in this relationship.

The symposium is curated and organized by the Center for Comparative Studies of Civilization and Spiritualities, directed by Francesco Piraino,  in collaboration with Joep Leerssen and Marco Pasi (University of Amsterdam).

For information related to registrations write to civilta.comparate@cini.it