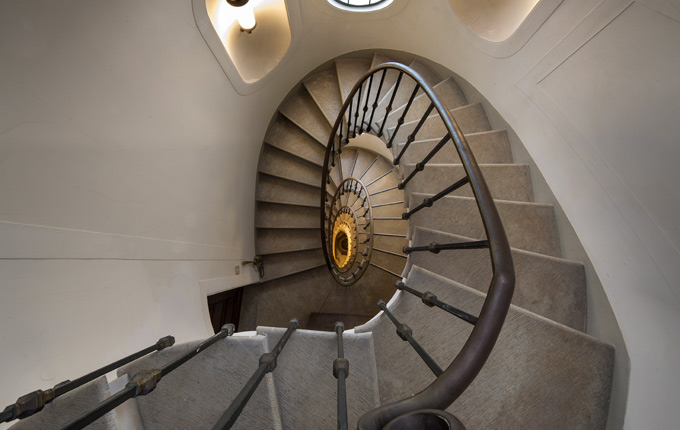 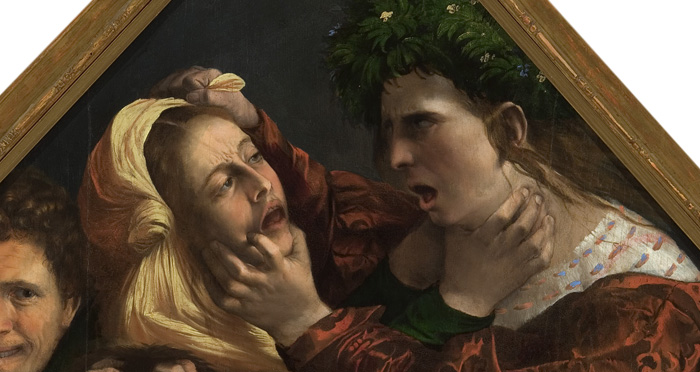 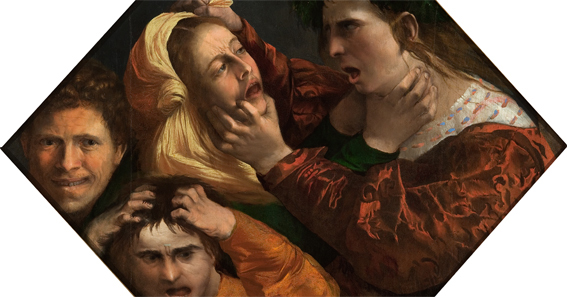 Palazzo Cini, the Gallery. Tuscan and Ferrarese Masterpieces from the Vittorio Cini Collection

Tuscan and Ferrarese Masterpieces from the Vittorio Cini Collection

For the sixtieth anniversary of the Institute of Art History, the Palazzo Cini at San Vio will open to the public again

Thanks to a partnership with Assicurazioni Generali, already a patron of the Giorgio Cini Foundation, from May to November visitors will be able to admire the palace with its marvellous collection of Tuscan and Ferrarese paintings, including works by Giotto, Guariento, Botticelli, Filippo Lippi, Piero di Cosimo and Dosso Dossi.

In the sixtieth anniversary year of the creation of the Institute of Art History, directed by Luca Massimo Barbero, the Giorgio Cini Foundation has decided to open up the exhibition rooms in the Palazzo Cini from 24 May to 2 November 2014 as part of a renewed cultural policy. The main partner in the initiative is Assicurazioni Generali.

“For the reopening of the Palazzo Cini” – comments the Director of the Institute of Art History  – “the Cini Foundation has begun a series of renovation works to improve the lighting and conservation conditions for the paintings as well as making the exhibition itinerary smoother while maintaining the unique, intimate domestic dimension of the museum house. Moreover, to further knowledge about these masterpieces and to give the works housed in the Palazzo Cini their full historical significance, in keeping with the art history statute, the Institute has set up a study programme devoted to the paintings and art objects involving a new generation of art historians; the results will be published in 2015.”

“Generali is an international group with a powerful identity and deep cultural roots” – explains Simone Bemporad, the Generali Group’s Director of Communications and External Relations. “The lion of St Mark represents an inextricable symbolical link with Venice and its history. For us working alongside the Cini Foundation in a project to showcase and develop part of its remarkable artistic heritage is a reason to be proud and at the same time means paying homage to our tradition and reaffirms our century-old mission to take care of valuable things.”

The idea is to provide the city with the opportunity – for at least six months a year – of seeing the marvellous Tuscan and Ferrarese masterpieces kept in the splendid gallery. At the same time, the Institute of Art History has begun an important new study programme on the Palazzo Cini works, which will again be available for scrutiny by the international scholarly community.

Palazzo Cini, the extraordinary museum house in which Vittorio Cini once resided was presented to the Foundation by his heirs exactly thirty years ago. Situated in the Venetian “Museums Mile”, between the Accademia, the Peggy Guggenheim collection and the Punta della Dogana, the palace houses some remarkable works by Giotto, Guariento, Botticelli, Filippo Lippi, Piero di Cosimo and Dosso Dossi.

The rooms on the piano nobile are fitted out with period furniture and art objects reflecting the original character of the residence and personal taste of the great collector. The around thirty Tuscan paintings exhibited in these rooms were presented to the Giorgio Cini Foundation in 1984  by Yana Cini, along with with the part of the palazzo accommodating them. Beside this group, with outstanding works such as the Judgement of Paris by Sandro Botticelli and the Madonna and Child with Two Angels by  Piero di Cosimo, there are also paintings from the Renaissance School of Ferrara (including Saint George by Cosmè Tura), which were loaned permanently in 1989 by Ylda Cini Guglielmi di Vulci. The gallery also boasts significant examples of applied arts, such as the complete porcelain table service made by the 18th-century Venetian manufactory of Cozzi, ivory plaques and caskets by the Workshop of the Embriachi, Renaissance enamels, jewellery, terracotta sculptures, sideboards, an 18th-century sedan chair and some precious cassoni, including a rare mid-14th-century Sienese dowry chest.

One of the Tuscan Renaissance masterpieces in the Palazzo Cini collection, the Portrait of Two Friends by Pontormo, will be on show in a major exhibition: Pontormo and Rosso Fiorentino. Diverging Paths of Mannerism (Florence, Palazzo Strozzi, 8 March – 20 July 2014). The loan is part of a significant collaboration between the Giorgio Cini Foundation, the Galleria degli Uffizi and the Fondazione Palazzo Strozzi involving exchanging works between institutions and thus creating a cultural bridge between the two great art cities of Venice and Florence.

Assicurazioni Generali fully identifies with the commitment to support and hand down to the next generation our inestimable cultural heritage. The reopening of the Palazzo Cini at San Vio is an example of this and has a hallmark value for the company as it continues to pursue its centuries-old mission of caring for things of value.

By opening to the public on a lasting basis such a rare and precious legacy as the Palazzo Cini, Generali wishes to offer the opportunity for people to discover, become familiar with and cherish its fascinating treasure, consisting of the gallery, furnishings and art objects. They reflect the original character of the great collector Vittorio Cini’s home and personal taste. We are thus also afforded a look behind the wings of the Cini Foundation’s farsighted culture operation on the island of San Giorgio, now celebrating its sixtieth anniversary.

Through its supporting actions, Generali interprets its role as a patron of the arts in an innovative way by enabling projects to be implemented and by providing new opportunities for exchanges with the public as well as creating value and stimuli. All this is done by communicating in the unique, instantly recognisable language that is the Group’s distinctive feature in the over sixty countries in which it operates. Generali’s commitment to Venice is highly meaningful. The Lion of Saint Mark is an indelible symbolic link with the lagoon city and its history. Since its foundation, the company has been present in Venice and shares the same multicultural international tradition while supporting the city’s principal artistic, musical and literary institutions. By emphasising the promotion and diffusion of culture, Generali demonstrates its conviction that bringing people into contact with art, music and literature is a crucial factor in personal development and stimulates innovation.

The collaboration between the Giorgio Cini Foundation, Master Audio and Coemar Lighting was organised ahead of the reopening of the Palazzo Cini. The aim was to equip the rooms of the Gallery with suitable lighting systems able to preserve the typical atmosphere of the museum house and to showcase through an unobtrusive but effective light the precious works in the Vittorio Cini collection, now part of the heritage belonging to the Foundation named after his son Giorgio.

The Gallery’s innovative lighting system is the result of collaboration between Maurizio Schicheri, the founder of Master Audio, a company specialised in designing lighting for exhibition spaces, and Carlo Alberto Pini and Patrik Menozzi, lighting engineers with Coemar Lighting, which for over eighty years has designed, produced and marketed professional lighting products. The project relied on the expert collaboration of Marina Vio, a lecturer at the Venice University Institute of Architecture (IUAV), who had previously studied the lighting for the enamels in the Cini Collection.

The work at the Palazzo Cini was focused on improving the colour perception of the works and objects on show. For this purpose, the designers made use of the results of a joint study conducted by IUAV and the University of Padua, which subsequently became the basis for the prototype lighting system specially made for the Gallery.

The principal new feature in this lighting system is the innovative use of LED sources. The richness of the Cini Collection and the variety of materials in the works on show presented a problem that was difficult to solve: each material reflects light in a different way and the colours can only usually be brought out if the objects are lit singularly with a customised light. With so many varied types of objects (paintings, painted panels, ivories, and finely decorated enamelled metal plates), however, a single lighting system would have impoverished the value of the works. On the contrary, the lighting fixtures developed for the Palazzo Cini make it possible to separate the light sources through a combination of different types of LED. When combined and regulated individually, they can provide variations of white from warm to cold, which can be modified according to the “needs” of each individual work, allowing visitors to admire the masterpieces in the Palazzo Cini in a light that is as close to natural as possible.