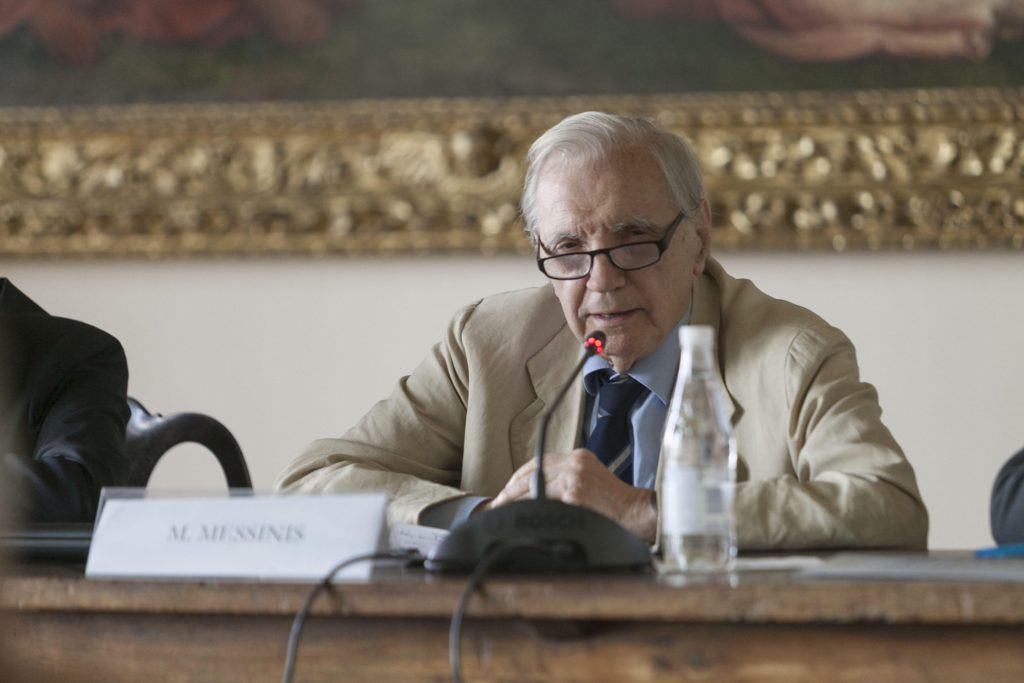 Sounds and words for Mario Messinis

With this event, the Istituto per la Musica of the Fondazione Giorgio Cini would like to remember the brilliant personality and extensive activity of Mario Messinis, who recently passed away.

At the top of the most important institutions for the musical life of our country – the Venice Music Biennale (1979-1989 and 1992-1996), the RAI Orchestra of Turin (1986-1989) and the RAI Orchestra of Milan (1989-1994) ), Superintendent at the Teatro La Fenice, Venice (1997-2000) – Messinis distinguished himself for an original and stimulating programming, which placed him among the European excellences in artistic direction.

A capillary knowledge of twentieth-century composition, whose events he had experienced firsthand thanks to the frequentation of its protagonists (in particular Bruno Maderna and Luigi Nono), combined in him with the ability to identify the most vital aspects of tradition.

His concert programs are multidirectional networks, in which the past appears as a segment of the present and the present as the result of winding paths through the centuries.

His interest in new music has never ceased, as evidenced by the involvement of young composers in the programming of the concerts.

Messinis has been linked to the Giorgio Cini Foundation since the very first years of its establishment and has participated in musical initiatives even before the birth of the Istituto per la Musica; emblematic is the curation of the volume Omaggio a Malipiero (1977), in which the contributions of a conference held in San Giorgio in 1972 are collected. He was a member of the jury of the “Antonio Vivaldi International Disco Award for Italian Early Music”, which the Antonio Vivaldi Institute has organized since 1990 for 12 consecutive years.

Messinis supported the activities of the first director of the Institute for Music, Giovanni Morelli in various contexts, among which the initiatives around the figure of Luigi Nono before and after the establishment of the Luigi Nono Archive stand out.

In 2002, the Foundation published Ah les beaux jours, a large collection of his writings, on the occasion of his 70th birthday.

Sandro Cappelletto will than make a speech on Listening, reflecting, deciding. The mastery of Mario Messinis.