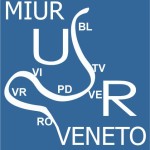 Thanks to the work of reorganising, studying and cataloguing the rich photographic documentation kept in the Photo Library – a project that the Institute of Art History staff have been busy with for many years – it is now finally possible to further investigate and find out the value and exact nature of this immense documentary heritage. On the one hand, it consists of photographic collections received over time by the Institute and once owned by leading art historians, photographers, antique dealers, etc., and on the other, of an equally large number of photographs that are the product of specific photographic campaigns and exchanges with museums, state and other cultural institutions, as well as purchases from photographic studios.

In terms of the number and importance of the pictures, the relations with the company Alinari, first, for several decades with Vittorio Cini and then the Fondazione Giorgio Cini, were particularly significant. Until 1970, the partnership with Alinari provided the opportunity to further enhance the already considerable documentary heritage of the Photo Library, thanks to the arrival not only of the Alinari photos but also the collections of famous photographers acquired over the years by Alinari, such as those of Brogi, Anderson, Chaufourier and
Fiorentini. The study day organised by the Institute of Art History, in collaboration with the Fondazione Alinari (Fratelli Alinari. Fondazione per la storia della Fotograa), will focus on the close link established in 1934 when Vittorio Cini, personally and through his associated companies, held almost all the shares of the Florentine company. He thus became the owner and head of Alinari. In the 1960s this naturally led to Alinari effectively being taken over by the Fondazione Giorgio Cini, which, through its Institute of Art History, dictated policy on new photographic campaigns for a decade. This key development will be examined as part of the historical reconstruction of the Photo Library, from its origins to the acquisition of important collections, which immediately endowed it with a specific character (such as the personal photographic archives of Raimond Van Marle, Giuseppe Fiocco, Rodolfo Pallucchini or the Florentine photographer Nicolò Cipriani).