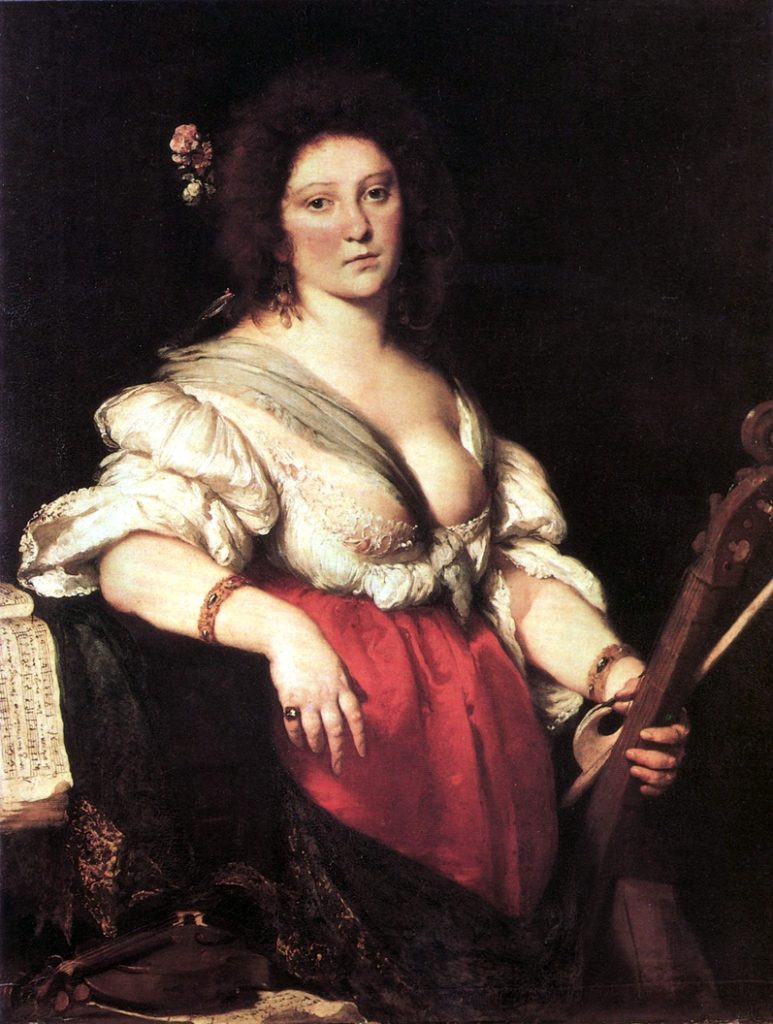 2019 saw the 400th anniversary of Barbara Strozzi’s baptism. This seminar thus comes at a fitting time to reflect on the close relationship between the extraordinary singer and composer and academic and musical circles in 17th-century Venice. The event has attracted international specialists from the United States, France, Switzerland and Germany, as well as Italian musicologists, scholars and philologists. The sessions on the first day will be held in the Centro Tedesco di Studi Veneziani, while sessions on the second day will take place in the Fondazione Giorgio Cini.

Bringing the two days to a close, Pedro Memelsdorff will give a paper on some aspects of the work of the painter Evaristo Baschenis (Bergamo, 1617-1677). He will focus in particular on a new research project concerning a series of eight Baschenis paintings with musical subjects, once owned by the monastery of San Giorgio Maggiore but dispersed after the Napoleonic plundering in 1806. To end the conference on Thursday 5 March, a trio (soprano with harpsichord and theorbo) will play music by Barbara Strozzi in the Fondazione Giorgio Cini (6.30 pm). The conference and concert are open to the public while seats last.