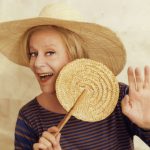 The Institute of Theatre and Opera has announced the acquisition of the personal archive of the versatile Florentine theatre artist Paolo Poli (Florence, May 23, 1929 – Rome, March 25, 2016).
The donation documents the career of the famous actor, singer, stage director and playwright, from plays staged in the early 1950s to the productions of the 2000s. The archive will be officially unveiled at 11.30 am on Thursday 19 September at a public presentation on the Island of San Giorgio Maggiore. The participants will include Paolo Poli’s sister Lucia and his nephew Andrea Farri.
To mark the presentation, a selection of archive items will be exhibited in the Longhena Library, such as stage photographs, playbills, press reviews, director’s notes and autograph scripts.

Among those attending the event will be Milena Vukotic, Rodolfo Di Giammarco and Pino Strabioli. They and other women and men of theatre will bear witness to their experience with Paolo Poli.