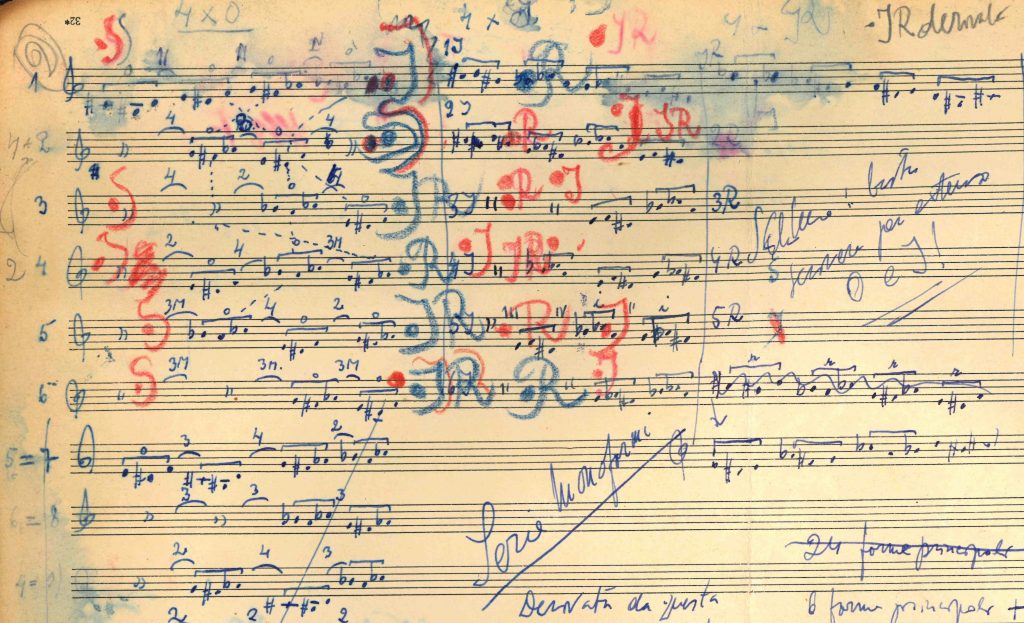 A life from the papers. Roman Vlad seen through his archive documents

To mark the centenary of the birth of Roman Vlad (1919-2013), the National Committee for the Celebrations in honour of the composer and musicologist of Romanian origin has organised an
exhibition: A life from the papers. Roman Vlad seen through his archive documents, curated by Angela Carone.
Based on autograph manuscripts and documents of various kinds in the Roman Vlad Archive, held by the Fondazione Giorgio Cini Institute of Music, the exhibition itinerary reconstructs several aspects of Roman Vlad&#39;s long, eclectic career: his advanced piano studies with Alfredo Casella and his concerts and theoretical writings in the 1940s; his contacts with the poet Eugenio Montale; and the creative stages related to the composition of vocal and instrumental music and soundtracks for films and documentaries, directed by renowned Italian and foreign directors (including Renato Castellani, René Clément, Luciano Emmer and Franco Zeffirelli).
The exhibition enables visitors to explore the fascinating life and art of a pianist, composer and musicologist, who was a prominent figure on the 20th-century international music scene.