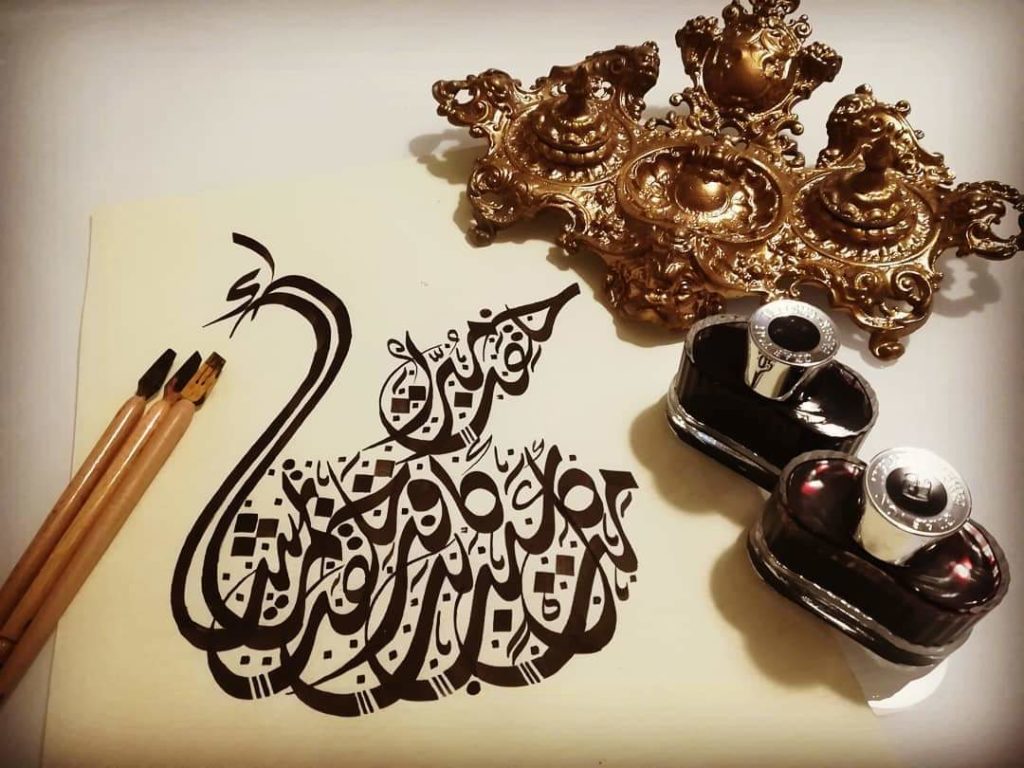 In the Islamic world, calligraphy is the main medium of visual aesthetic expression and is both transcultural and transdisciplinary.
It is transcultural, because the various calligraphic styles have been influenced by different cultural contexts, although there is also a certain continuity, especially as regards
religious calligraphy. And it is transdisciplinary because it concerns not only the strictly religious dimension, but also the visual arts and poetry.

Intended for students on the Arabic Language and Literature course at Ca’ Foscari University, Venice and any interested visual arts enthusiasts – and organized with the collaboration of Ca’ Foscari University -, this workshop will explore the beauty and complexity of Islamic calligraphy, also through a performance. Andrea Brigaglia (University of Naples “L’Orientale”) will illustrate the historical and theoretical framework of calligraphy in the Islamic world, with a special focus on the production of manuscripts.

The workshop will be led by the Italian-Jordanian artist Eyas Alshayeb, born in the heart of the city of Amman in the 1980s. In his childhood, he was influenced by a family atmosphere in which art, poetry and literature were essential elements of daily life. He became interested in the art of calligraphy when an adolescent, thanks to his passion and curiosity that led him to learn this wonderful art in the workshop of a local master calligrapher. He later attended various calligraphy schools, such as the Egyptian school of Khudair Bursaaidi, and from the age of fifteen he was taught by some of the leading experts of Middle Eastern Arabic calligraphy, learning from each of them the most sophisticated calligraphy techniques of the main Ottoman, Baghdad and Cairo schools.