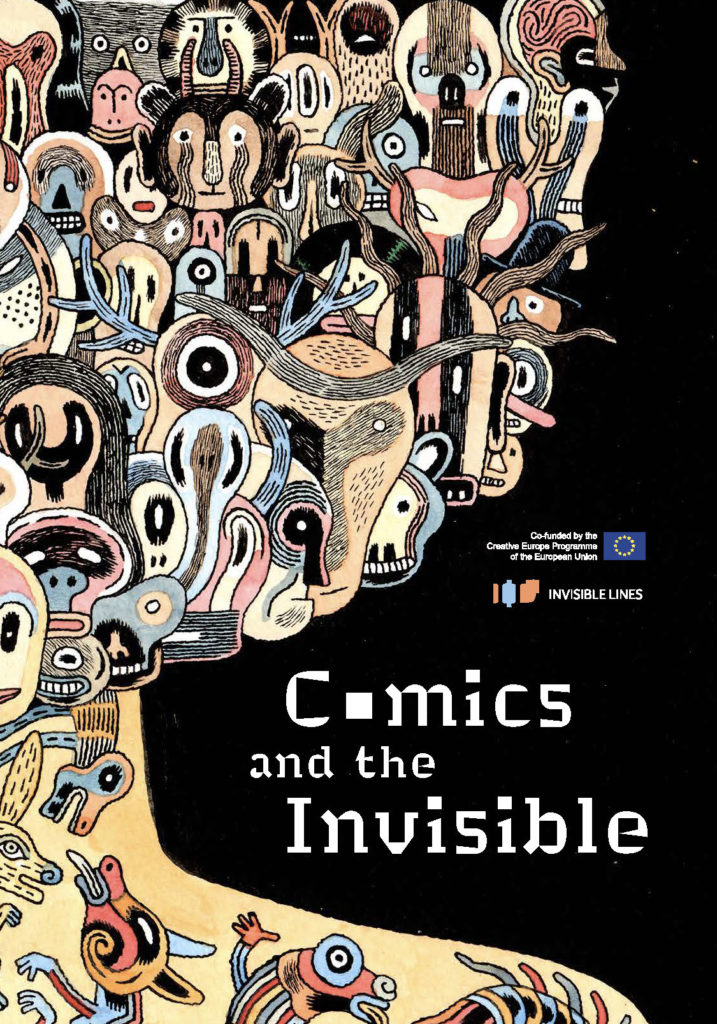 Ebook Comics and the Invisible

Pubblicazioni online @en
By Comparative Studies of Civilisations and Spiritualities

Comics and the Invisible

This work collects some of the panels of the conference Comics and the Invisible: Intertwining Academic and Artistic Perspectives, held in Venice on June 3-4 2022.

The conference was the closing event of Invisible Lines, a two-year international project co-funded by the Creative Europe Programme, conceived and coordinated by the Centre for Comparative Studies of Civilisations and Spiritualities of the

The entire project was shaped around a question: how to draw the invisible? The question was posed first to twelve young artists selected among more than 400 applicants from all over Europe, who have been involved in an international training experience designed as an illustrated journey through the invisible. At each stage, the hosting partners set up a workshop in which young artists could work and co-create, interpreting the initial question according to their own sensitivity and the genus loci of the places they visited: Broumov, Venice and Strasbourg.

Each workshop focused on a different interpretation of the idea of invisibility. The artists explored the invisible as a form of spiritual and metaphysical quest, inquiring both the relationships with the unconscious and with the transcendent. They represented what is invisible in the daily landscapes we cross by drawing places now abandoned as a result of ever-changing society and historical mutations. Finally, they considered invisibility in its social and political dimension, narrating the lives of some of the migrants and refugees living at the Bernanos Centre in Strasbourg – lives that are too often at the center of media representations yet rarely present with their own stories and voices.

For each workshop the artists were given a special guide: internationally acclaimed artists Stefano Ricci, Juraj Horváth and Yvan Alagbé helped the young artists to draw their own stories, later collected in two visual books and a newspaper.

The journey did not end there, because at the final stage of the project the same initial question was asked to a selected group of international comic studies researchers during the aforementioned conference. They too were given the chance

to share ideas with some visual artists who were gamechangers in the field of comics and visual narrative: Lorenzo Mattotti, Dominique Goblet, Stefano Ricci, David B. and Manuele Fior. The result of this encounter is the publication you are reading

now. It goes without saying that the question of invisibility remains unredeemable. The artists’ discussions and works presented in this publication show how artists explore their vision as well as outside reality not just by drawing what they see but longing for what cannot be seen: the struggle to draw the invisible lies behind the choices, inventions, and tricks that keep comic art evolving.