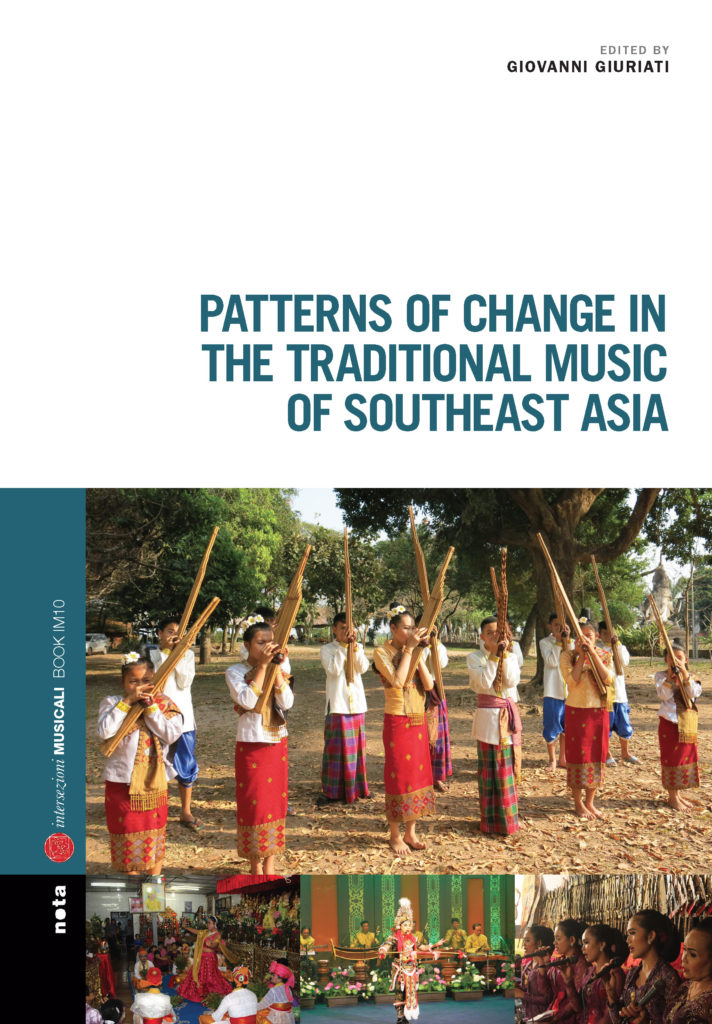 Patterns of Change in the Traditional Music of Southeast Asia is the tenth volume in the series “Intersezioni Musicali”, published by the Intercultural Institute of Comparative Music Studies in collaboration with the publisher Nota (Udine). Edited by the director of the Institute, Giovanni Giuriati, the book’s seven chapters bring together original research on Southeast Asian music conducted in the field. The aim of the book is to explore how traditional music of this area of the world deals with change. In fact, processes of globalisation, urbanisation, heritagisation and mediatisation have deeply affected music cultures on mainland and insular Southeast Asia from the late 20th century into the early 21st century. The various chapters discuss case studies based on extensive research in Myanmar, Cambodia, Laos, Vietnam and Indonesia (Java and Sulawesi). The main themes include the role of music in the inculturation processes pursued by the Catholic church and in possession cults, shadow theatre and other theatrical genres. There are also reflections on the processes turning traditional music into showbiz (spectacularisation) and the adoption of new musical instruments. From the point of view of method, the book is particularly original in its combination of painstaking musical analysis and an anthropological approach based on extensive ethnographies.  The authors of the case studies are young researchers, mostly Italians, who studied at the Sapienza University of Rome and then went different ways in their doctoral and post-doctoral studies. Published in English to reach a wider international audience, the book grew out of a research project of national interest (PRIN) and a seminar held at the Fondazione Cini in 2017 and has been published with the support of the Sapienza University of Rome. Each chapter is illustrated by rich audiovisual documentation accessible through QR codes in the text that take you to a dedicated section on the publisher’s website.