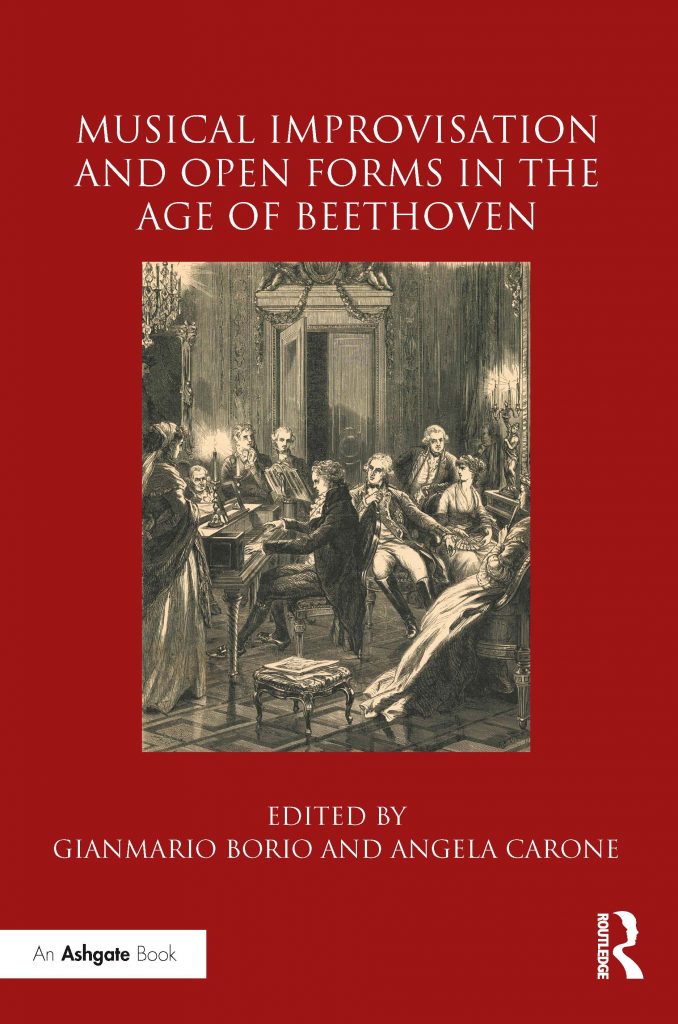 Musical Improvisation and Open Forms in the Age of Beethoven

Musical Improvisation and Open Forms in the Age of Beethoven
Edited by Gianmario Borio and Angela Carone
Routledge, Abingdon, 2018

Improvisation was a crucial aspect of musical life both on public occasions and in the private lives of many composers in Europe from the late 18th to the mid-19th century. It also had unexpected, important points of crossover with compositional practice. The writers in this book of essays explore the many facets of the phenomenon, demonstrating how composers, often as concert performers, at times structured improvisations in a similar way to that found in pieces written in predetermined forms; at other times, during public performances they complied to precepts concerning how to play “good” improvisations contained in theory or teaching handbooks. On the other hand, the formal syntactic freedom found in some compositions may often be interpreted as the equivalent on the written page of a typically extemporaneous performative practice. The ways in which  this constant interweaving of improvisation (instrumental and vocal) and formal organisation has developed is investigated in twelve chapters with the aid of many, varied sources: autograph manuscripts, musical theory treatises, scores, reviews, letters, biographies and autobiographies.