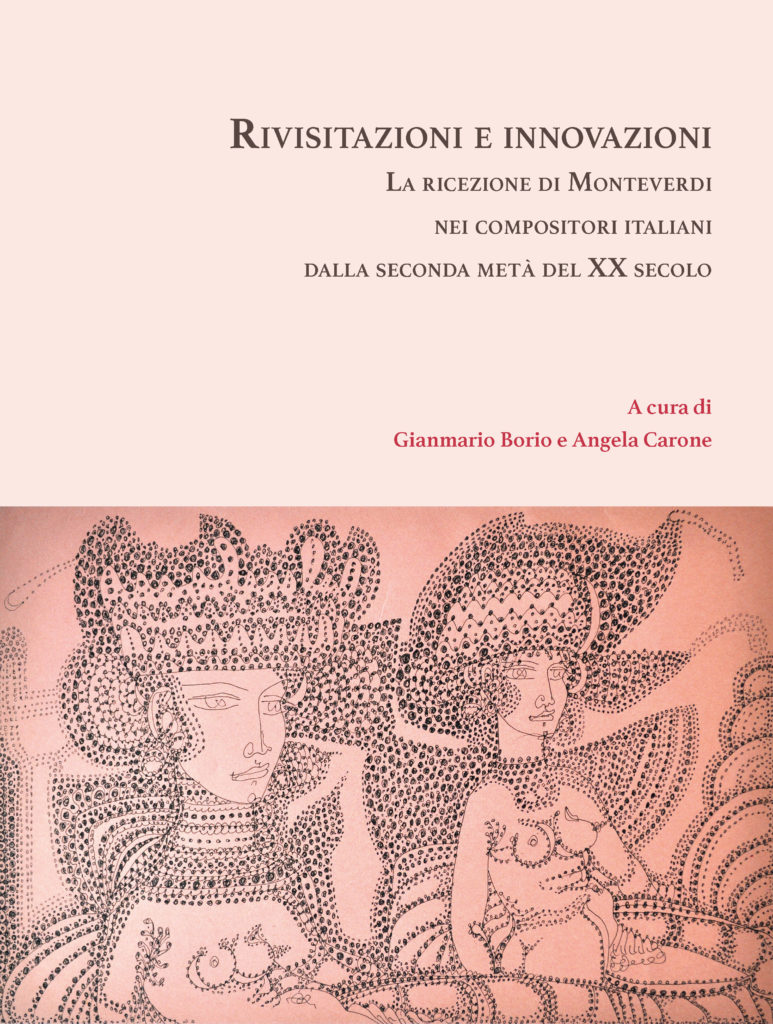 Around the mid-20th century there was a signiﬁcant change of perspective among Italian composers interested in the production of Claudio Monteverdi. The preceding phase, dominated by the figure of Gian Francesco Malipiero, had been characterised by a gradual approach to Monteverdi’s music through transcriptions and productions of the works that pursued to varying degrees the ideal of reconstructing the original, with a strong tendency to historical accuracy, but which nevertheless did show some reworkings in the instrumentation. From the 1950s onwards, the approach became much more “creative” and took the form of structural reinterpretations of some of the Cremonese composer’s masterpieces and the updating of the original instrumentation. Monteverdi is no longer revived with the overarching nationalistic intentions of the immediately preceding generations, who saw him as the father of Italian opera, but for the modernity of his thought and his compositional technique.

The essays in this book, which focus on compositions that have not been investigated in musicological literature to date or on repertoire pieces that are now approached from a new perspective, show how, from Luigi Dallapiccola’s transcription of Ritorno di Ulisse in patria in 1942 up to the dawn of the new millennium, we have witnessed a varied process of both inte-gration and transcription of Monteverdi’s works making use of traditional instruments (Luciano Berio, Fausto Razzi) and of rewriting, also with the aid of new technologies (Bruno Maderna, Giorgio Battistelli, Ivan Fedele). In all cases, the work of “readapting” the music is underpinned by a careful analysis of Monteverdi’s production, also with a view to transferring features of his craft into works that are completely independent from it in terms of content and poetics (Luigi Nono). Composers who have directed Monteverdi’s operas have achieved equally diverse results (Sylvano Bussotti, Egisto Macchi) as have those who have enhanced the original model with prequels and sequels (Domenico Guaccero, Claudio Ambrosini).