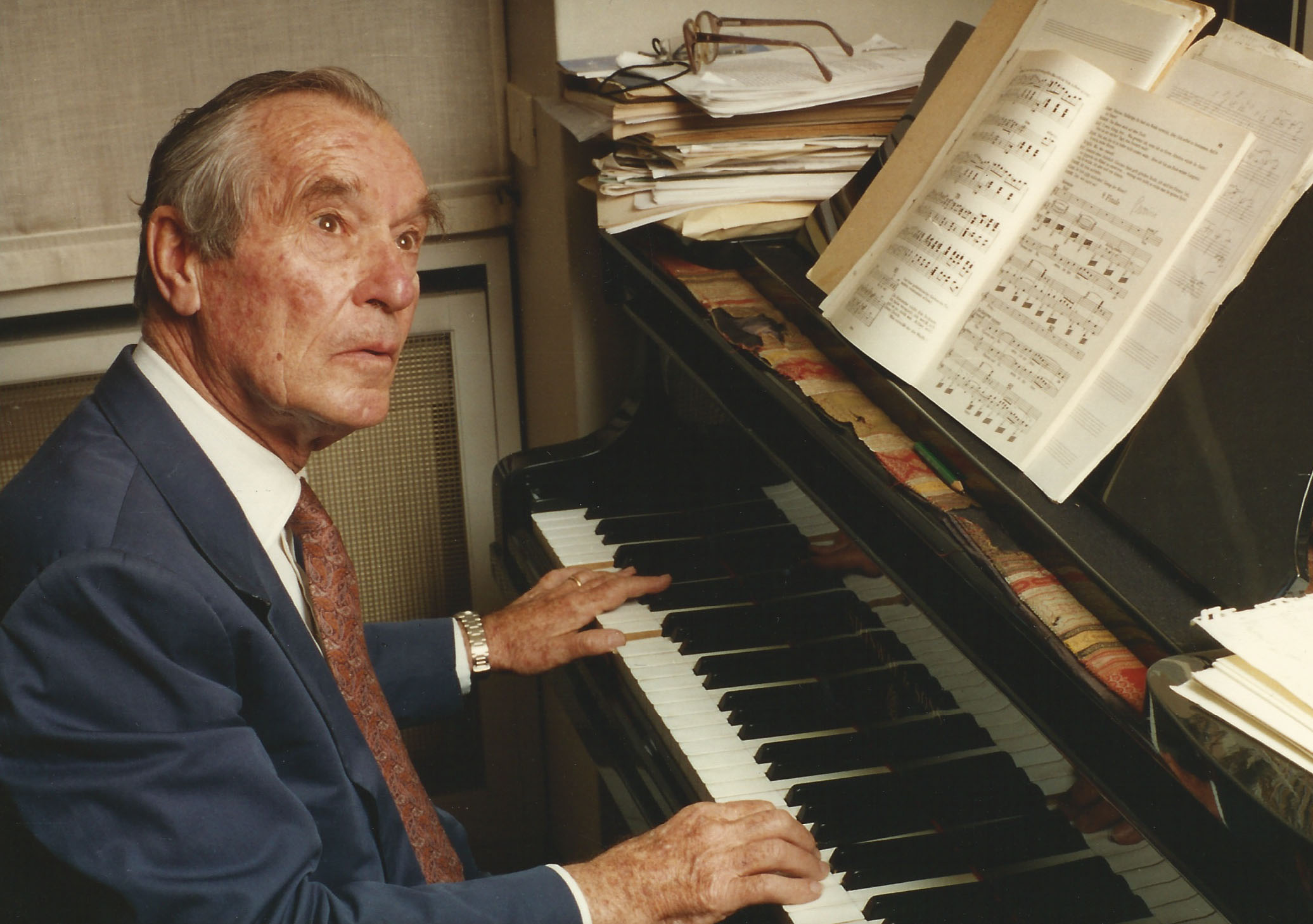 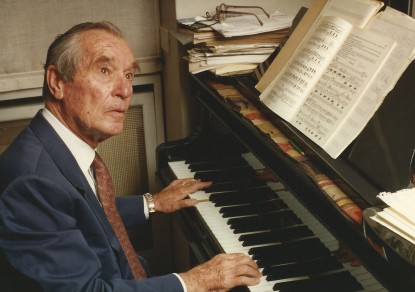 On 13 June, the Institute for Music, in collaboration with the Teatro La Fenice, is holding a double event to commemorate Roman Vlad, the composer, pianist, music critic, musicolo- gist, artistic director, and radio and television author, who died on 21 September 2013. In July 2013 Vlad presented the Institute for Music with his personal archive, a wide-ranging collection of materials reflecting 20th-century Italian musical life. Now, only a few months since the beginning of reordering and cataloguing his material, the Fondazione Giorgio Cini will host a round-table with speakers Stefano Catucci, Mario Messinis and Enzo Restagno. There will also be a concert by pianist Carlo Grante, at 6 pm, on the same day, 13 June, in the Sale Apollinee of the Teatro La Fenice. The programme of this recital dedicated to the memory of Roman Vlad features two conceptually related works: Fantasia contrappuntistica (1910) by Ferruccio Busoni and Opus Triplex (2001-2004) by Vlad, written for “the sensibil- ity, mind and fingers of Carlo Grante”.

Entrance to the concert is free