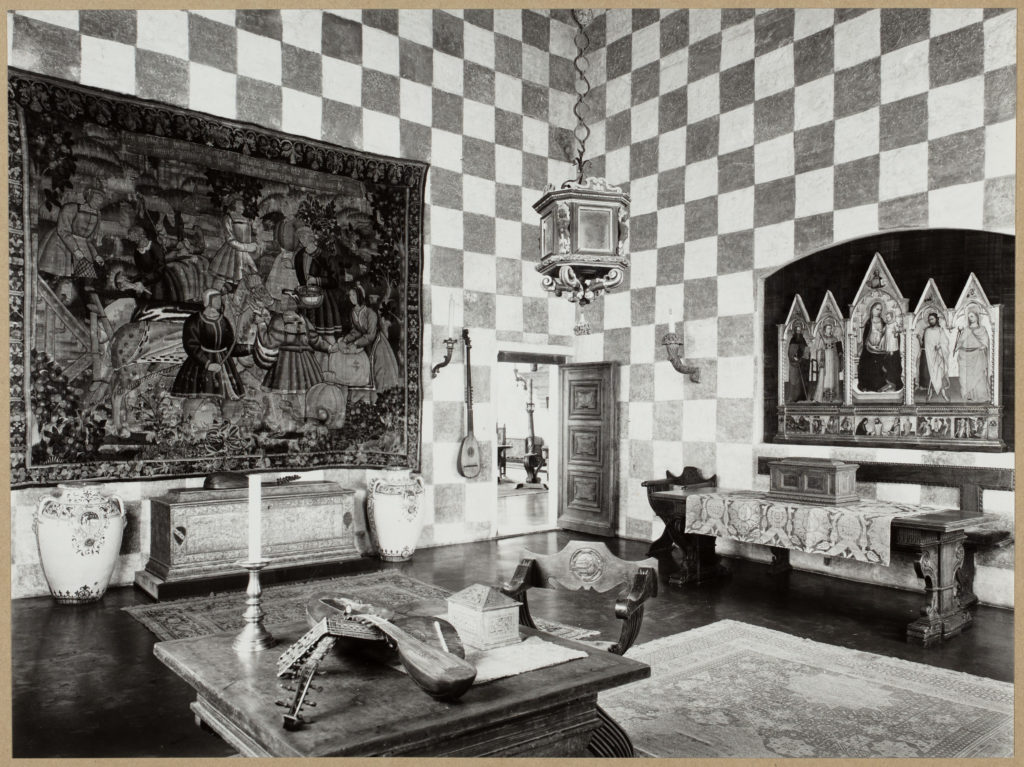 To mark the seventieth anniversary of the death of Nino Barbantini (Ferrara, 1884 – Venice, 1952), the Fondazione Giorgio Cini Institute of Art History, in collaboration with the Veneto Region, is holding a conference at Monselice Castle to commemorate the man who was the very first president of the Foundation in 1951, and who helped shape its character and inspired its principles, policies and organisation.

Nino Barbantini was an art critic and director of the International Gallery of Modern Art at Ca’ Pesaro, Venice, from 1907. He promoted the celebrated exhibitions of the “Ca’ Pesaro rebels” and also curated memorable exhibitions of historic art, such as Titian (1935) and Tintoretto (1937), as well as playing a leading role in Venetian cultural and museum life in general for about forty years.  A pre-eminent figure in museology in Italy in the early decades of the last century, he was chosen by Vittorio Cini in the mid-1930s to mastermind the fascinating project, unique in the Veneto at that time, to restore and fit out Monselice Castle, the ancestral home chosen by Cini as the ideal setting for his own collecting interests (now owned by the Veneto Region). One of the most important examples of the Gothic and Renaissance Revival in northern Italy, the castle was well-suited to the innovative taste of the contemporary museological experiments pursued by Barbantini in Venice and Ferrara. Not surprisingly it was chosen as the venue for the current conference as one of the most striking, evocative places of Barbantini’s world and as representative of the development of his taste between the two wars.

The two-day programme with the participation of numerous specialists and scholars aims to analyse Barbantini’s multifaceted personality and illustrate the fertile crossover of museology and art criticism. The first day will focus on Barbantini’s museum work and the exhibitions he staged in Venice, Ferrara and Monselice in the field of historic art. It will include an in-depth analysis of the famous designs that expanded and reorganised the Venice museum system (the Museum of Oriental Art; the Murano Glass Museum; and the Museum of Eighteenth-Century Venice at the Ca’ Rezzonico) and his exchanges with other personalities of Italian culture, such as Ugo Ojetti, Gino Fogolari and Giulio Lorenzetti. The second day will explore the key role that Barbantini played in inspiring a new direction in contemporary art through the Ca’ Pesaro exhibitions, with the promotion of artists such as Gino Rossi, Felice Casorati, Umberto Boccioni, Arturo Martini, and his participation in various editions of the Venice Biennale.