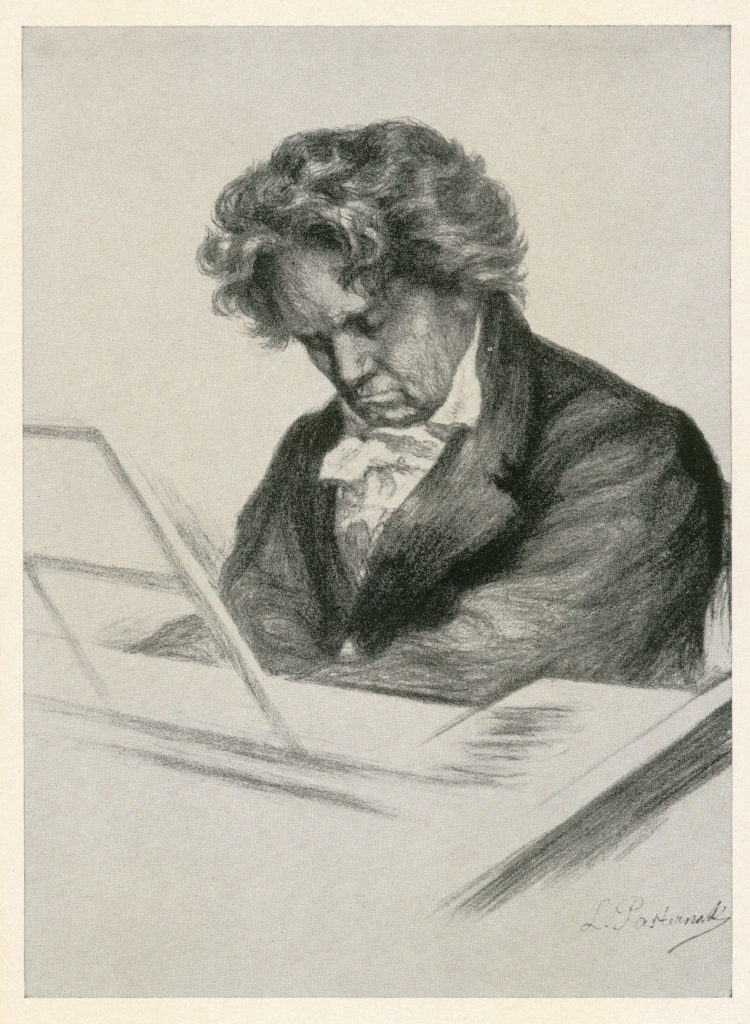 Beethoven at the Piano, print of a lithograph by Leonid
Osipovich Pasternak, after his own drawing, Beethoven House
Bonn, B 1189

Already described at the time of their publication and first performances as works in “grand style”, the three piano sonatas op. 31 showed major departures from the formal models that Beethoven himself had helped consolidate. Carl Czerny considered them important evidence of that “new way” which the composer had suggested was necessary for his artistic development. The fact that they were composed around the same time as his Third Symphony (Eroica) and the “Testament of Heiligenstadt” further underscores their significance. The peculiar structure of the themes and the ambiguity of the formal functions, which emerge particularly clearly in the second sonata of the three, The Tempest, attest to a willingness to experiment that set almost insurmountable challenges to generations of performers and music theorists.

Led by internationally renowned fortepianist Andreas Staier, the workshop aims to explore the problems posed by the three sonatas. The practical sessions will make use of the fortepiano built by Mathias Jakesch (Vienna, 1823), and now owned by the Fondazione Cini; there will also be an opportunity for comparisons with modern instruments, thanks to demonstrations on the Fazioli grand piano, also held by the foundation. The musicological sessions will focus on the sources of the creative process, the structural characteristics of the three sonatas, the history of their reception, and styles of interpretation.