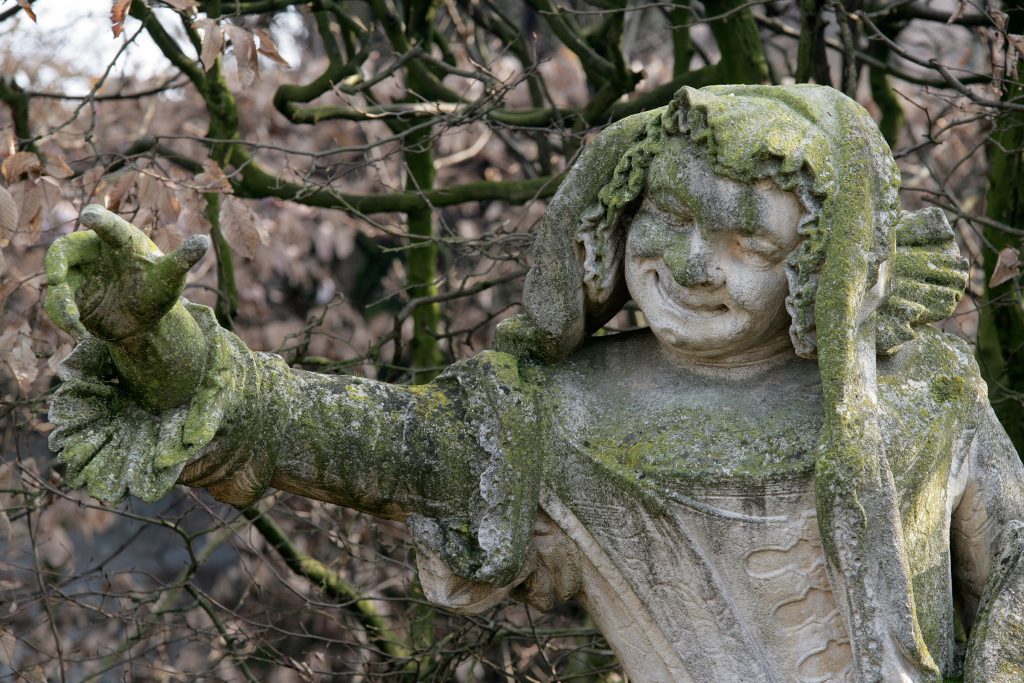 Ornamental garden sculptures are a commonly found artistic phenomenon in the Veneto. Created over a long historical timeline, they are widespread in the region. They have, however, only received little attention in art history literature, or even in the specialist literature on historic gardens. This seems to be completely unjustified considering that garden statues are often the work of leading artists which connote and are representative of the locations they were intended for. Moreover, they reflect the standards of the civilisation and culture producing them. The promotion, study and photographic documentation of this invaluable heritage is a necessity and duty, especially considering the nature and location of the works, inevitably subject to the ravages of time or even reprehensible human neglect.

The garden statues found in Venetian Villas are obviously an inevitable and prominent subject of enquiry, especially those from the 16th century on, because of the extraordinary number of works, the role of major artists and the variety and originality of the subject matter – ranging from mythological divinities to allegorical figures, but also “character” portraits and figures from Commedia dell’Arte. No less important is the presence of Veneto garden statues in other regions of Italy and abroad. Many of these exemplary works were directly commissioned from Veneto artists in the 18th century, such as the decoration of the Bonaccorsi Gardens at Potenza Picena, Macerata (with works by Orazio Marinali and Giacomo Cassetti), the Nymphenburg Gardens in Munich (Giovanni Marchiori), the Grosser Garten, Dresden (Antonio Corradini) the Summer Gardens, St Petersburg, and the grounds of other Imperial Russian residences. To these we must add further series of sculptures originally for gardens in the Veneto, which then “emigrated” to other Italian regions or abroad in the 19th and 20th century.

The creation of the Atlas of Veneto Garden Statues was based on a census of the works through specific photographic surveys, research activities and systematic cataloguing. Accessible online, the atlas supplies a catalogue entry and photographic documentation for each individual garden sculpture, consisting of images from photographic surveys and in some cases “historic” photos, when they have been found. At times the catalogue is supplemented by secondary entries providing further information about any related works (drawings or bozzetti, replicas, copies, etc.). The atlas thus not only “records” evidence of surviving garden statues but at the same time is a useful instrument in furthering knowledge and study.Latest developments from research on the subject are periodically published In a specific section of the magazine Arte Veneta.