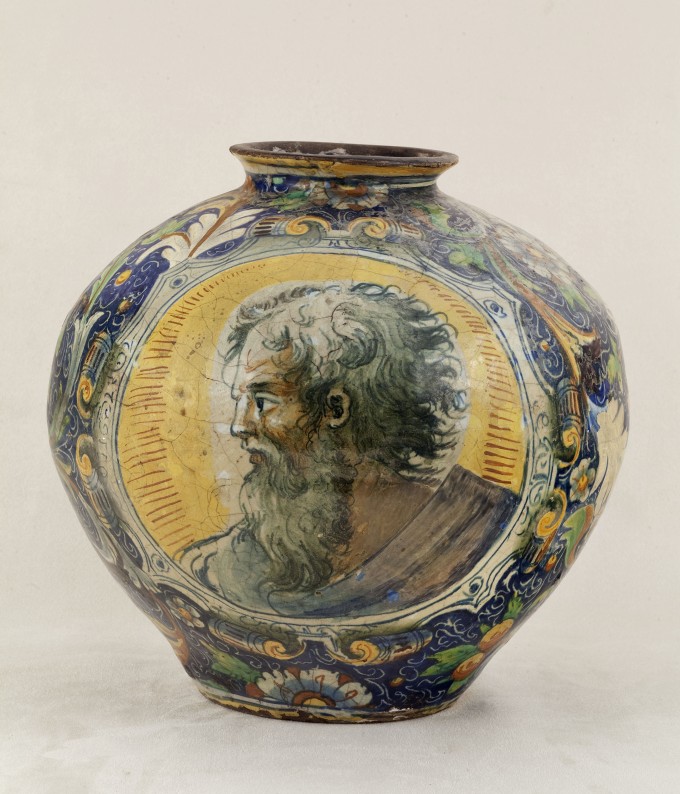 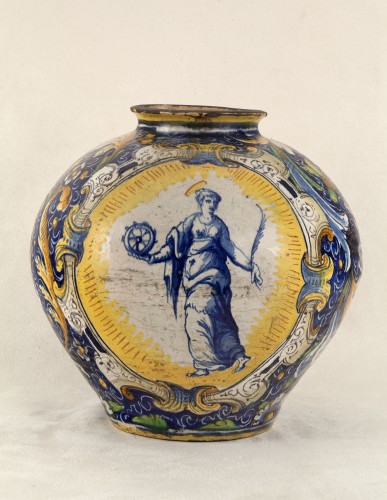 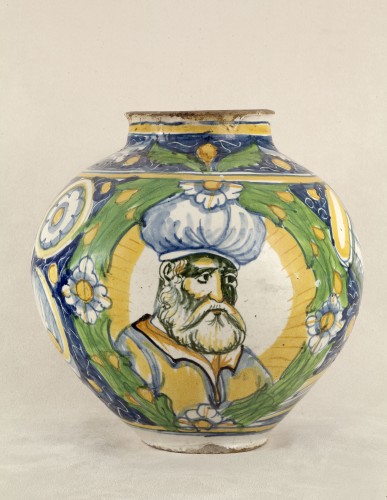 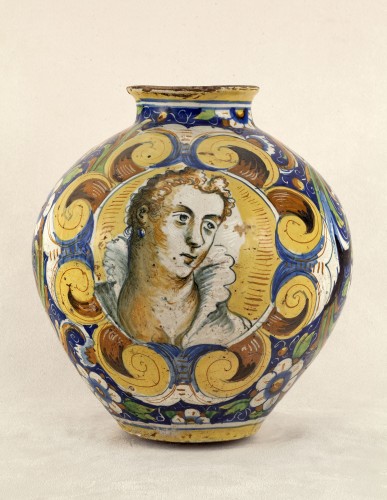 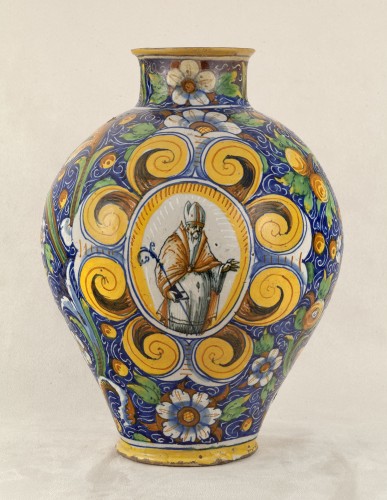 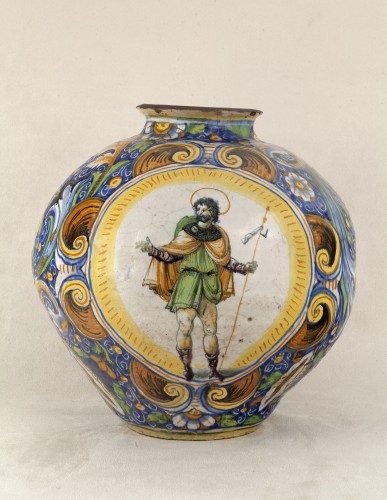 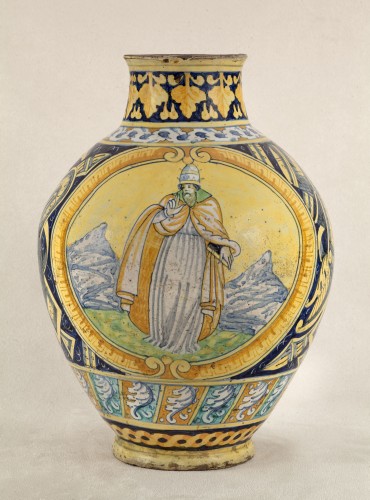 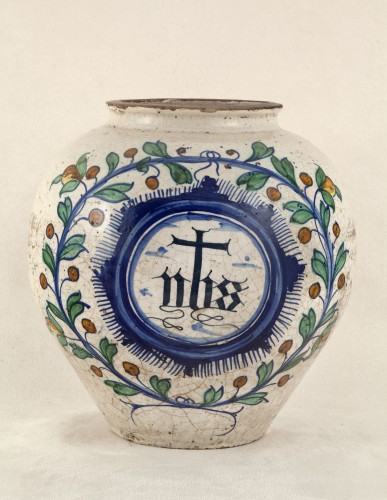 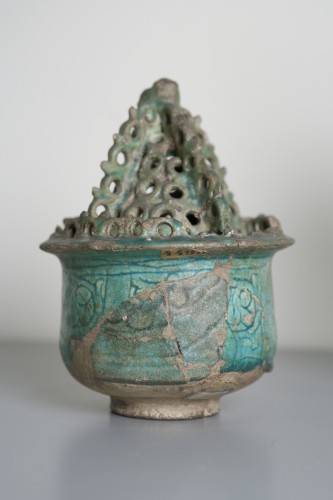 The collection of Renaissance maiolica originally belonged to Vittorio Cini. Wishing to create a uniform collection of Venetian-type apothecary jars to be displayed in the rooms ofMonseliceCastle, he had found some items, almost all very finely crafted, on the antiques market. Then, in 1962, the maiolica collection was transferred to theislandofSan Giorgio, following its donation by Count Cini. In the former monastery it was arranged on top of the bookshelves in the room named after Nino Barbantini, a leading figure in the Venetian cultural scene in the first-half of the 20th century, responsible for the overall design of the count’s art collections and also the first president of the Foundation.

The largest and qualitatively most significant group in the collection consists of twenty-three boccia vases (i.e. globe-shaped vases with a raised rim), used as containers in apothecary shops and almost certainly attributable to one of the most important 16th-century Venetian maiolica producers: Domenico da Venezia, who is attributed many types of Venetian maiolica produced from 1552 to 1580. The vases have an unmistakable polychrome characterised by shiny enamels dominated by yellows, ochre, light blue and green. The cartouches enclose figures of saints and fantasy heads – stock images probably modelled on engravings. The quality of the enamelling, the powerful resolute brushwork – in the example of a jar with a bearded male head it reaches a very high standard – and the very representative range of the types of decorations make the Cini collection one of the most important for Venetian Renaissance maiolica.

The collection includes other Italian made items of great interest: a group of four apothecary jars bearing the letters “IHS” (symbol of Bernard of Siena), attributed to 16th-century Veneto circles; a pair of oval-shaped vases made in Palermo in the 16th-century; and an albarello (cylindrical recipient used for spices and apothecary preparations) made in Trapani in the first half of the 17th century. One unusual item is a refined blue-enamelled graffita maiolica incense-burner decorated with spirals, probably of Seljuk-Turkish provenance and dating from the 12th to 13th century.

In the small first-floor oval drawing room in the Palazzo Cini Gallery at San Vio (once the residence of Vittorio Cini on the Grand Canal), there is a splendid hard-porcelain table service, made in Venice in the second half of the 18th century by the Modena ceramist Francesco Antonio Geminiano Cozzi. Conisisting of over 275 pieces, this rich set was donated to the Cini Foundation by Yana Cini Alliata di Montereale in 1981. It is characterised by decorative elements suggesting Cozzi’s late production, a balance between late Rococo forms (e.g. rocaille leaves with gold highlighting, bearing heads on the handles of the cachepots and verrières, spiral curls with precious threadings on the sauce-boat lid, and the floral repertory of tulips, daises and roses) and the Neoclassical taste found, for example, in the shape of the ice-cream pails.