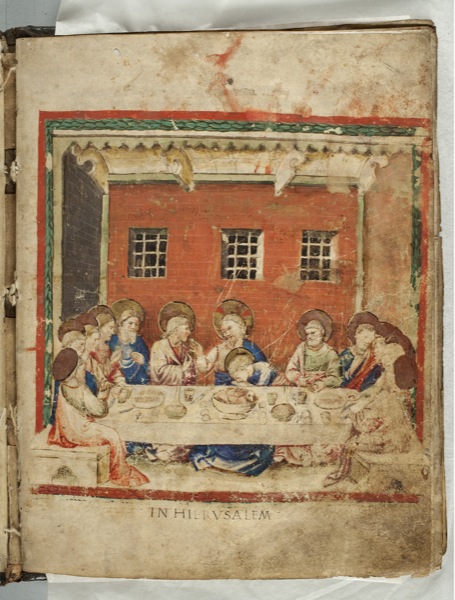 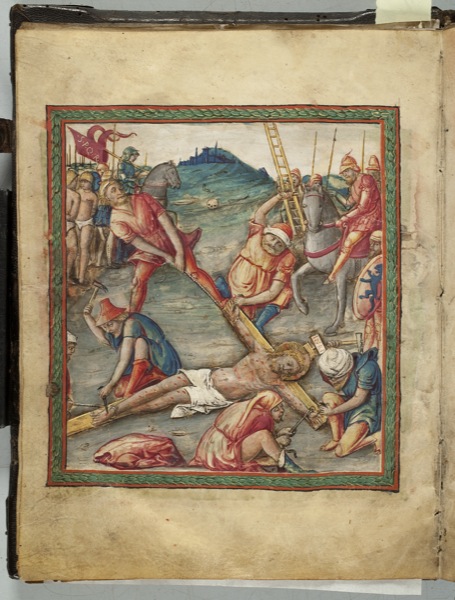 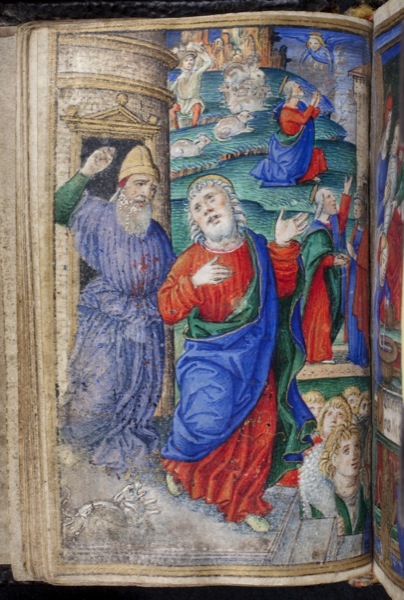 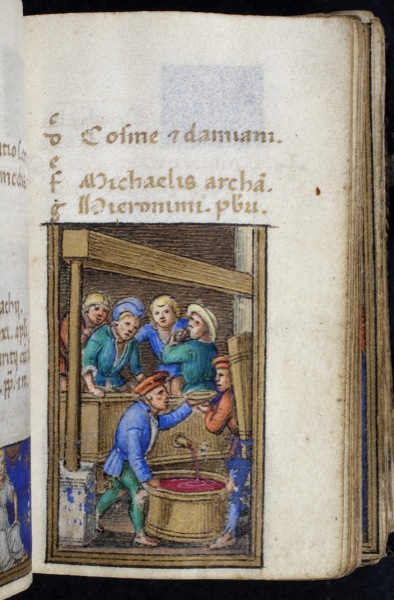 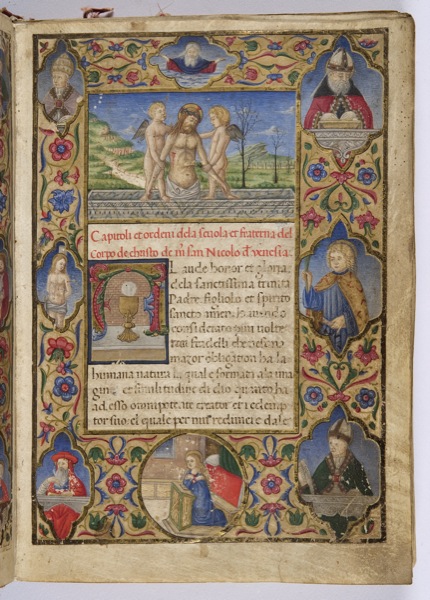 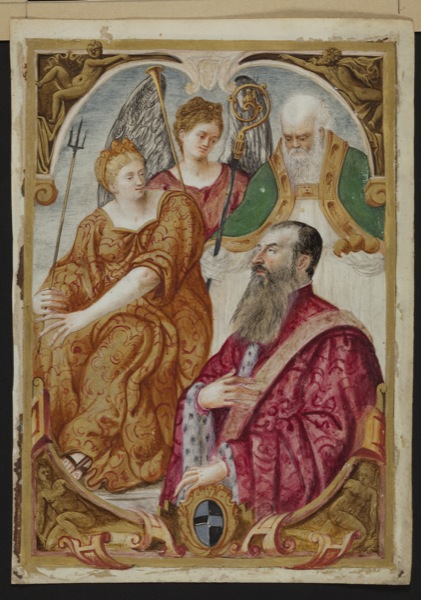 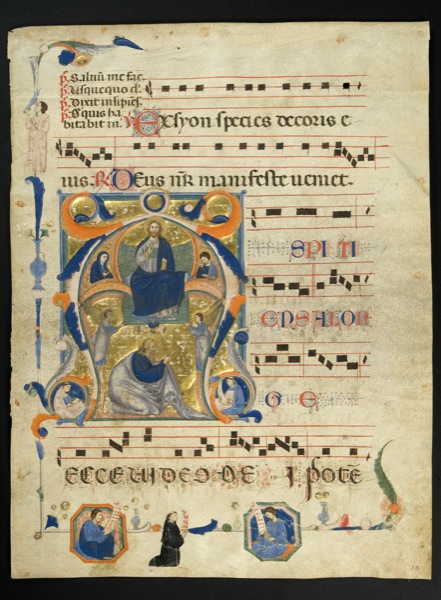 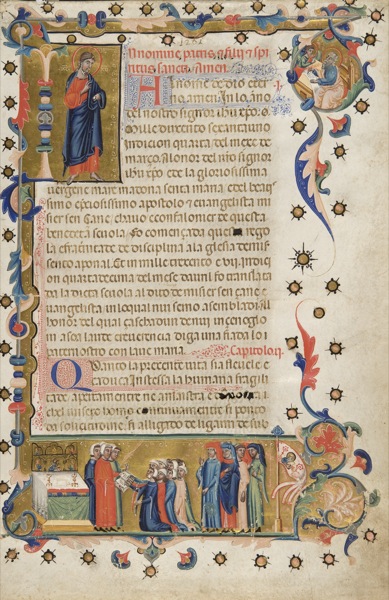 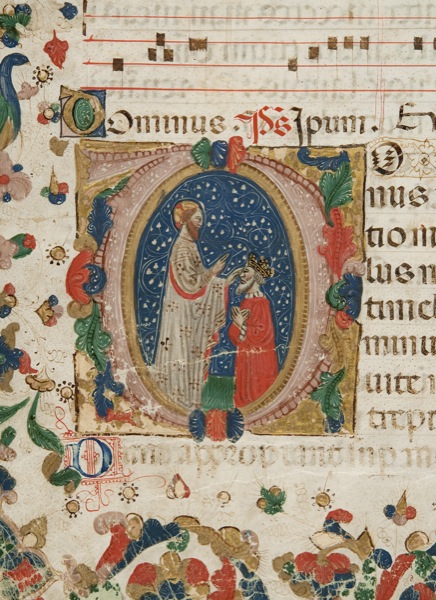 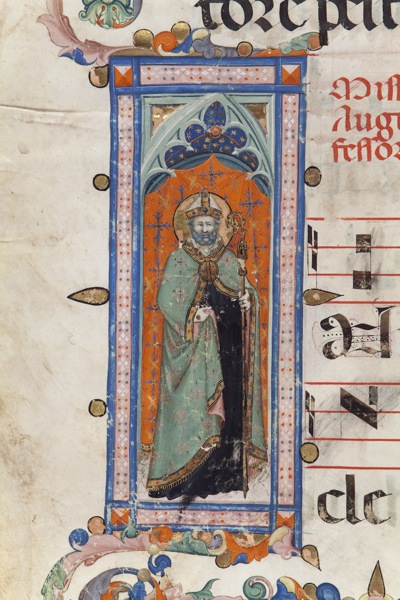 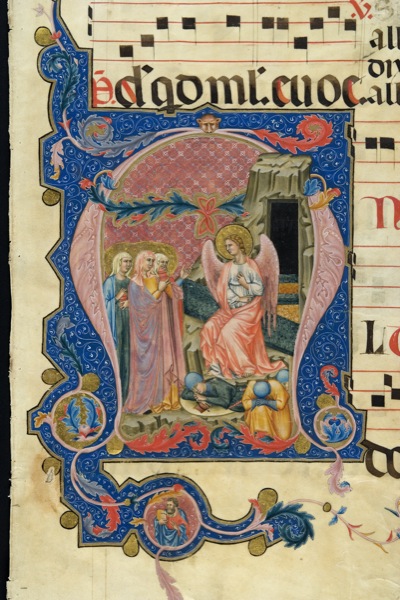 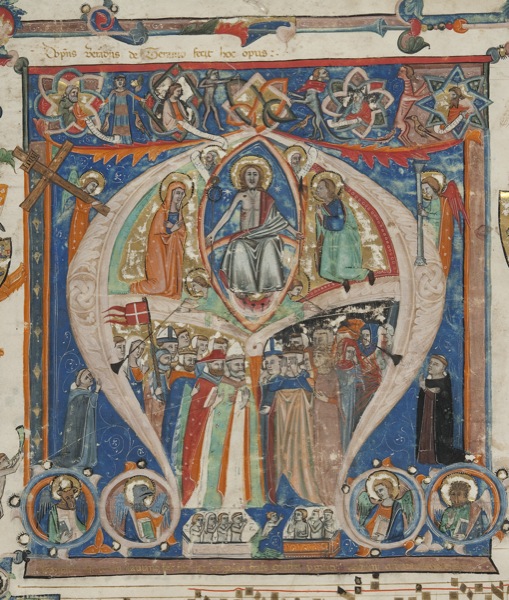 Featuring some of the most important collections of anthologies of illuminated leaves and initials, mainly from liturgical books, such as antiphonals and graduals, the collection of miniatures spans a period from the 11th to 16th century. The collection entered the Giorgio Cini Foundation in 1962 through a donation by Vittorio Cini, who had acquired the largest group in 1939 from the antique bookseller Ulrico Hoepli (1847-1935) inMilan. In 1940 there was a second acquisition, again from Hoepli: a uniform group of miniatures put together by Professor Mario Armanni. Lastly, in 1943 the collection was completed by a small corpus purchased from Alessandro Cutolo (Milan). In subsequent years the collection was enhanced by the occasional acquisition of illuminated manuscripts on the antiques market thanks to Cini’s continuing passionate interest in antique books.

The nature and type of collection must be seen to the historic background of the widespread plundering of libraries in suppressed northern Italian monasteries and convents and the overriding 19th and early 20th-century taste for “Italian primitives”. The collection was often added to from the flourishing antiques market, which was also supplied through thefts, mutilations, unauthorised sales and the dismembering of codices. Some miniatures in the collection, cut out and assembled on parchment leaves from different periods, are interesting evidence of the fashion for pastiche and collage, a typical phenomenon of collecting culture in the first half of the 19th century. One emblematic collector in this sense was the Venetian art merchant Abbé Luigi Celotti (1759-1843), and one example in the Cini collection is the miniature of Christ Giving Communion to the Apostles by the Maestro Olivetano, formerly in the Ottley collection. Sold inLondon 1838, the Ottley collection had mostly been formed by the dismemberment of the Celotti collection. It is thought that the first group of miniatures that Ulrico Hoepli put together in the 1920s (catalogued and published in 1930 by Pietro Toesca) was once part of a larger collection belonging to the English painter, bibliophile and collector Charles Fairfax Murray (1849-1919), subsequently broken up and sold by the heirs to Hoepli, the American collector Robert Lehman and the Florentine antiquarian Bruscoli.

Vittorio Cini supplemented his valuable collection of illuminated cuttings of leaves and initials through the acquisition of some richly decorated manuscripts, some demonstrating the high quality standards of Italian Renaissance manuscript illumination. One book formerly in the collection of the antique bookseller Ulrico Hoepli and in the Cini collection since 1939 is the extraordinary – also on the grounds of its small size – Book of Hours of Charles VIII of France, commissioned by the Duke of Milan, Ludovico il Moro around 1494-1495 and presented to the king. This is one of the most refined exemplars of the Book of Hours from the Lombard area, and may be set beside another masterpiece from the same school, the so-called Torriani Book of Hours, attributed to Giovanni Ambrogio de Predis and now in the Bibliothèque du Château deChantilly.

Also from Hoepli, and previously owned by Ashburner, is the Martirologio della Confraternita dei Battuti Neri di Ferrara. This manuscript contains the texts of the “privileges” (printing rights) issued by the Dukes of Este and first granted to the confraternity in1489. In the texts with meditations on Christ’s suffering on the cross, the miniatures alternate images of the Passion with the martyrdom of saints. Two stylistic stages have been identified in the “Martyrology” by the hands of at least two illuminators: one versed in the Veneto-Ferrara culture of neo-Giottesque origin, which flourished inPadua in the wake of Altichiero, and the other who can be circumscribed to the Este culture in the second half of the 15th century.

There are also some very interesting Venetian statute books and mariegole, especially those belonging to the Rule of the Confraternity of Santa Maria della Misericordia, the patron of merchants and mariners (the first page was illuminated in the early fourteenth century) and the manuscript of the Rule of the Corpus Christi Confraternity of San Nicolò, whose incipit is an amusing narrative scene of the Communion of the Infirm Confrere, with a illusionistic perspective background.