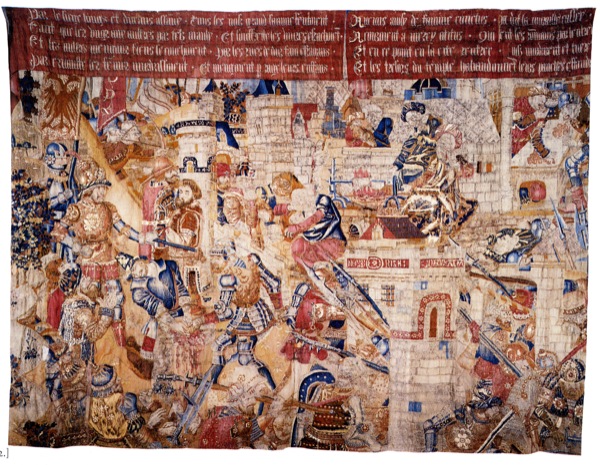 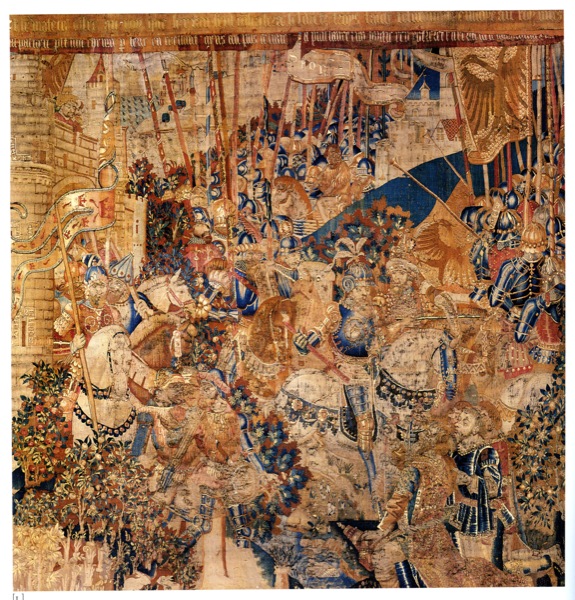 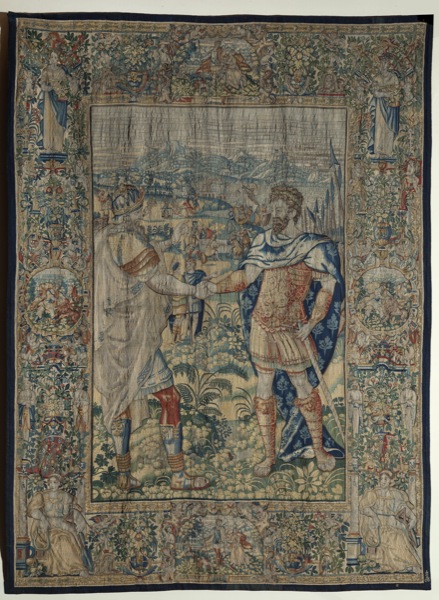 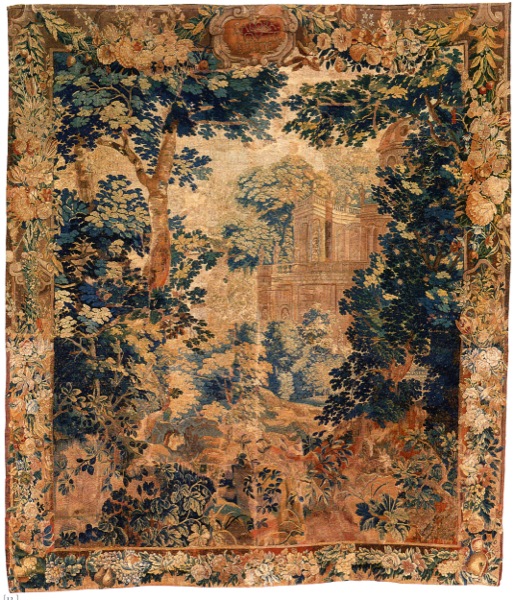 The seventeen tapestries in the Cini Foundation form one of the most important and valuable collections of its kind inVenice. An initial fourteen works – selected from a larger group kept inMonseliceCastle– was presented to the Foundation in 1962 by Vittorio Cini. The collection was then enhanced by a further three tapestries presented by Count Leonardo Vitetti in 1967.

Mainly made up of Flemish works, the Cini collection includes a set of tapestries with the Stories of Scipio Africanus: three were woven in the manufactory of Maerten II Reymbouts (Brussels) around 1580, while a fourth bears the mark of the city of Enghien. These works of impeccable craftsmanship render the colours and landscape settings typical of the International Mannerist style as practised in Rome in the mid-16th century. Another work in the collection was also woven by the Reymbouts manufactory: the tapestry of a Landscape with Falconing, which features a strikingly rich border decorated with small mythological scenes and tiny grotesques. There are two examples of the type of tapestry showing a combat between animals in an allegorical and mythological key: a work woven in Oudenaarde in the early 17th century and the slightly later Combat of Hercules and Achelous (Antwerp manufactory). The cartoon for this work was an adaptation of a print from the previous century by Cornelis Cort. The collection also includes two works from a dismembered set on the subject of the Months. Produced by the Brussels tapestry-maker Everaert III Leyniers, after cartoons by Jérôme de Potter (albeit modelled on 16th-century works of Pieter Coecke van Aelst), these refined textiles show a taste close to the so-called “Baroque Classicism”. Another work from Antwerp is the stunning tapestry of a Landscape with Villa, possibly made in the Pieter Wauters manufactory at the end of the 17th century. France is represented by some delicately crafted tapestries from the Beauvais Royal Manufactory: Cephalus Hurling the Javelin (c. 1685), after a cartoon by Florentine Damoiselet, and a tapestry woven in the 1720s depicting a Seaport with a Crowned Crane, Damsel and Pelicans, after a cartoon by Simon de Pape, who referred to an earlier 17th-century model. The Seaport is arguably the most striking tapestry in the collection on the grounds of its very rich hues and frame of coloured inlays – the wide range of blues is particularly eye-catching – which make the pond inhabited by various animal species pulsate with life.

The tapestries presented by Count Vitetti include the two earliest and most significant works in the whole collection. Originally part of a set of the Story of the Destruction of Jerusalem, these Franco-Flemish tapestries (1470-1480) after cartoons by the Master of Coëtivy are the Entry into Palestine of the Army of Vespasian and Titus (recently identified as the right side of a work whose left side is now in the Musée des Arts Décoratifs, Lyon) and a splendid fragment with the Siege of Jerusalem, which plunges us into the midst of the assault on the city with suggestively massed figures of soldiers and the besieged city folk sheltering inside the walls.