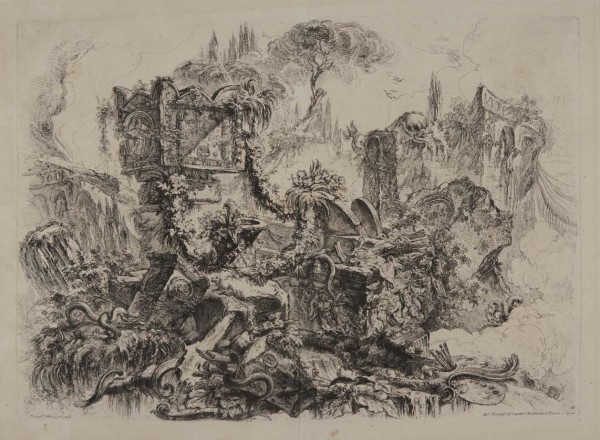 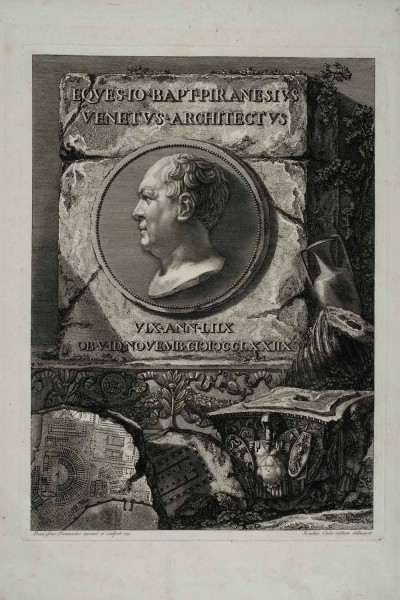 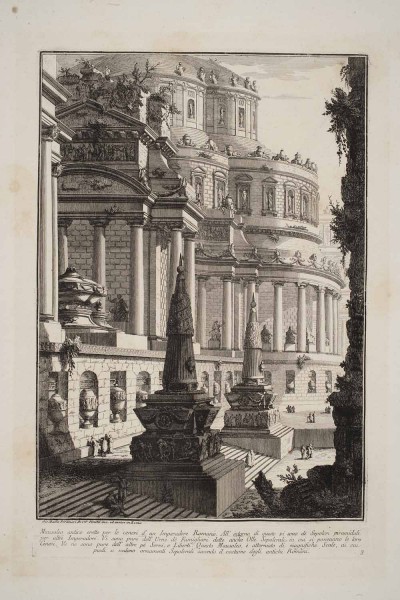 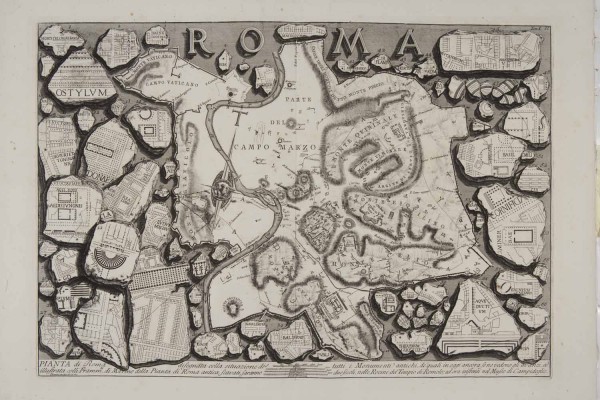 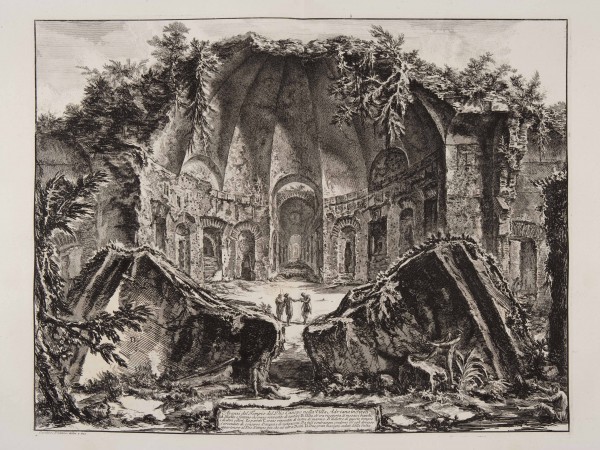 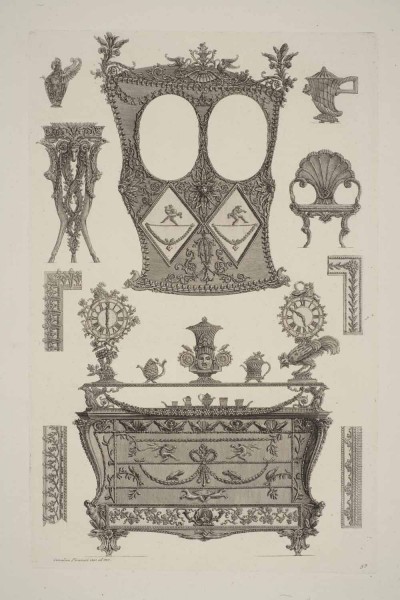 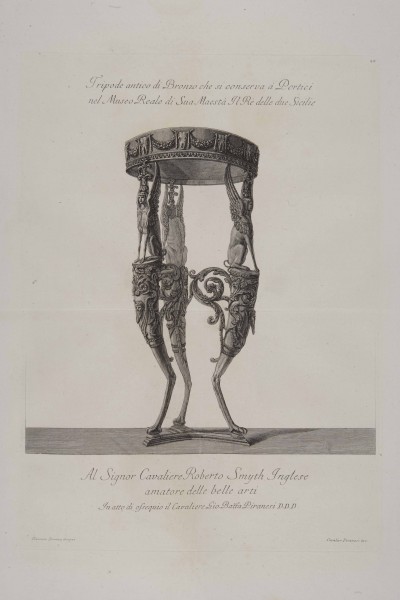 The collection of etchings by Giambattista Piranesi (Venice 1720 – Rome 1778) became part of the Giorgio Cini Foundation graphic collections in the 1970s.
The large number (around 400) etchings selected for the 1978 exhibition on “Piranesi the engraver” to mark the bicentenary of his death had been made possible thanks to that fortunate acquisition in the 1970s. The acquired lot of 22 folio volumes included the almost complete collection of the artist’s etchings, in addition to numerous plates made by his son Francesco from 1809 on. Of the 22 volumes, partially dismembered to allow the individual sheets to be exhibited, 20 make up the Firmin Didot French edition of the complete Piranesi works, printed from 1835 to 1839. The presence on the inside of the volumes’ front cover of a label with the words “Rue de la Harpe, vis-à-vis celle des Deux-Portes, n. 26, à Paris. TESSIER. RELIEUR ET DOREUR. De la Tresorerie nationale du Bureau de la Guerre” and the absence of any mention of “Piranesi Calcografia Frères” confirm that this is the Firmin Didot edition. Indeed, from 1820 to 1843, Jean-Joseph Tessier, official bookbinder of the National Treasury, worked closely with the French printer, publisher and inventor of the stereotype. Another note on the collection is particularly significant: again on the inside of the front cover of all the volumes is the ex libris of Commendatore Giorgio Fumach, with the motto Anchora Imparo (“I Still Learn”). The collection of volumes in the Cini collections is completed by a copy of the Salomoni edition of Raccolta di alcuni disegni del Barbieri da Cento detto il Guercino (“Collection of some drawings by Barbieri da Cento called Guercino”), published in 1764. This work is now set beside another previously acquired copy of the same edition (with fewer etchings and the use of different shades of ink) and a copy of the single-volume work Peinture de la ville Lante á Roma de l’invention de Jules Romain e Peinture de la Sala Borgia au Vatican de l’invention de Raphael. This is a French edition, printed by the “Calcografia Piranesi Frères” and Leblanc, of the engravings reproducing frescoes (now lost) by Tommaso Piroli and executed to a design by Giulio Romano, which once decorated the Casino of the Villa Lante Turini on the Janiculum; as the title suggests, the book also included Raphael’s decorations of the loggias in the Vatican Palace. The inside front cover has an ex libris revealing that the work was also once in the library of Alexandre Dufour (1760-1835), the royal architect who, with Pierre-François-Léonard Fontaine, redesigned the castle at Versailles.
In 2011 the Giorgio Cini Foundation promoted and organised a travelling exhibition of Piranesi’s etchings consisting of a selection of around 300 prints, the most significant in representing the varied and multi-multifaceted activities of the 18th-century artist. The exhibition also included some three-dimensional creations made from the designs in the Diverse maniere di adornare i cammini by the Madrid studio of Factum Arte and a video installation showing the visionary inventions of the Carceri, a work midway between Baroque stage design and fantasy caprice.